Posted on 11th February 2020 by admin in Isthmian Leagues, Latest News with 0 Comments 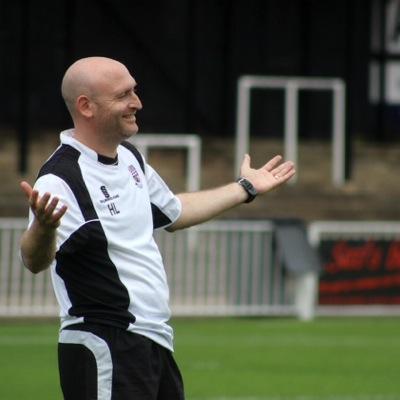 Hugo Langton has been handed the reins at relegation-threatened BetVictor Isthmian League Lewes until the end of the season.

The experienced an UEFA A-licensed coach, pictured, will take charge of the Rooks for the first time on Wednesday night when promotion-chasing Hornchurch arrive at The Dripping Pan in the Isthmian’s top flight.

Langton will hope to make an immediate impact against the Urchins with Lewes in the relegation mix and coming off a 6-1 hammering at home to Cheshunt on Saturday.

Ross Standen and Tony Coade, who’ve been acting as caretaker managers since the departure of Darren Freeman back in October, will assist Langton as first team coaches after reverting back to their previous roles.

Unveiled on Tuesday morning, Langton brings a wealth of experience having worked with a host of clubs including Horsham, Hastings United, Bromley and Eastbourne Borough. Most recently, he as assistant manager at National League South Welling United.

Langton told the Rooks website: “I’m delighted to have joined the club and would like to thank Stuart and the board for giving me this opportunity. I’ve always enjoyed coming to Lewes in the past and I’ve always been blown away by the support the team gets.

“I believe it’s a very special place. I know it’s been hard lately and, while there is never any quick fix, I hope over the next few games everyone will see my own stamp on the team. I’m looking forward to working with everyone.”

The East Sussex club’s chairman Stuart Fuller told fans: “I’ve known Hugo for a while and have always admired his passion, knowledge and coaching abilities.

“I cannot fault the hard work and dedication that Ross and Codge have put into the roles but Saturday’s result was tough for us all and we all agreed that we needed to bring in someone who can work with the team as well as strengthen the squad where necessary.

“I’d like to thank them for that and welcome Hugo to the club.”