Posted on 26th May 2020 by admin in Isthmian Leagues, Latest News with 0 Comments 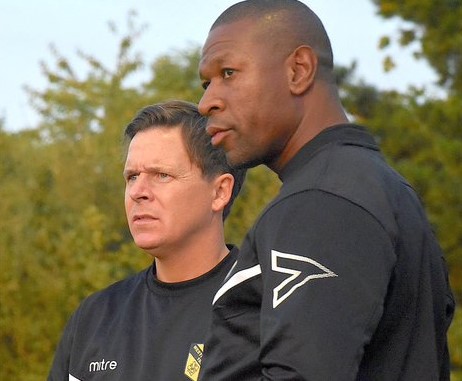 The ex-Wycombe Wanderers and Cheltenham Town midfielder was unveiled as the latest member of Bracken’s coaching staff at the Isthmian League Premier Division’s world famous Casuals over the Bank Holiday weekend, almost a month after following Tony Reid out of Woking Park.

Pictured alongside Reid, who stepped down after five years at the helm of the Isthmian League South Central Division club and taking them into the Isthmian, Lee is a former teammate of Bracken in the youth teams at Wycombe Wanderers.

Lee arrives at the King George’s Arena with a wealth of Football League experience, including being on Wycombe’s famous 2001 FA Cup run before moving into Non-League with Maidenhead United. As a Kingstonian player, he scored the winning goal against AFC Wimbledon in the 2006 Surrey Senior Cup final. 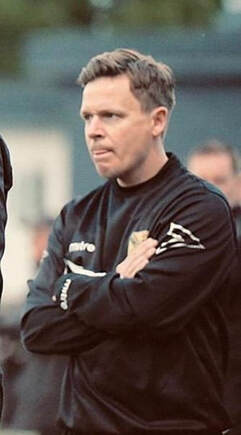 Bracken told the Casuals website: “I’m absolutely delighted to announce we’ve managed to bring in Martyn into the club. I’ve had more time than usual to assess areas we can improve and for me, Martyn is the perfect addition to our management team.

“He can bring an objective opinion, fresh ideas as well as knowledge of players, teams and managers from leagues we’ve not ventured into. I’ve known him a long while and even played with him during our youth team days at Wycombe Wanderers.

“He went on to become an established professional and has gained experience on the ‘other side’ during a successful spell as assistant manager at Westfield. Most importantly he’s a good person, and that’s important when a football club at this level brings you together as much as this one does.”

He added: “He’s understands the game, brings a desire to achieve and progress and will no doubt contribute a lot to our future successes.”

FUNDRAISER UPDATE: Nearly 100 wonderful supporters have generously donated to our fundraiser, which is very humbling. Thank you. We’ve also had over a dozen ‘Match Ball’ Sponsorships snapped up – so if you want one, grab it soon.