Posted on 1st July 2020 by admin in Isthmian Leagues, Latest News with 0 Comments 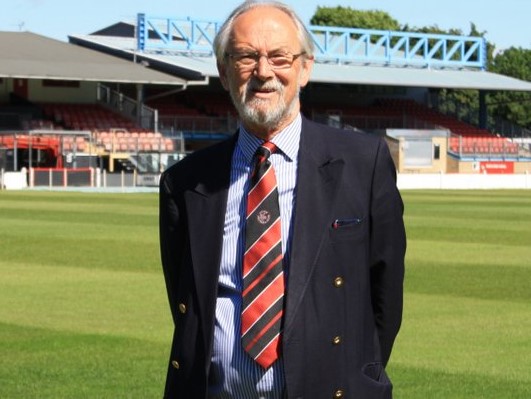 The Histon director, pictured, officially succeeded outgoing chairman John Hall at Bridge Road on Wednesday as the club prepares for the return of football.

The Isthmian League North club’s new chairman watched them in action in the Spartan, Delphian, Athenian and Eastern Counties leagues while growing up locally in the 1950s and 60s.

After moving away for work he returned for Histon’s glory days under Steve Fallon in Non-League’s top flight and was a founding member of HIST, the Cambridgeshire club’s independent supporters’ trust.

The new Histon chairman is bringing plenty of experience to the role as a former chief executive of a major pension scheme, chairman of a town twinning association and a community safety group and as the editor of a local history magazine.

Barlow paid tribute to his predecessor in a statement laying out his plans which include stepping up work in the community, enhancing diversity and developing young players as a main source of recruitment.

Barlow told fans: “I am fortunate to be following in the footsteps of John Hall who has done a wonderful job in his period as chairman, and am delighted that Lynn Kemp, Clint Lanham, John Payne and Matt Payne, as well as John Hall, are all staying on as members of the board.

“Keith Nichols and Howard Wilkins also remain in their vital roles as head of finance and club secretary, as do Lance Key as first team manager and Mark Pleasants as head of youth football.”