Posted on 8th August 2020 by admin in Isthmian Leagues, Latest News with 0 Comments 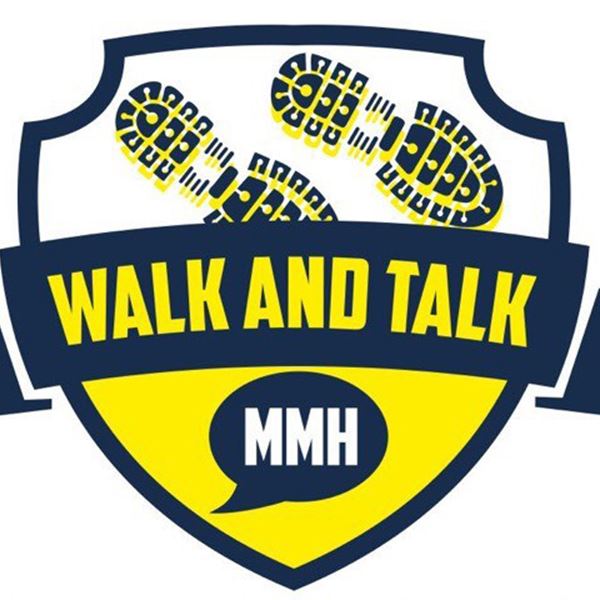 Fans are descending on the Hanbury Park home of Haywards Heath Town today for a 24 hour walking relay challenge in aid of men’s mental health charity Walk and Talk MMN.

In that time, 14 men in the UK will have taken their own lives and the Isthmian League’s Blues are following in the footsteps of clubs like Crystal Palace, Dulwich Hamlet, Dundee, Reading and Wealdstone by pulling out all the stops in the West Sussex heat to help change that shocking statistic.

Starting at 10am, groups of supporters and members of the community will walk and talk thier way around the stadium while raising funds and awareness for Walk and Talk MMH and the Isthmian League South East Division’s Blues.

Walk and Talk MMH has been bringing fans together from clubs since 2018, walking from one stadium to another on matchdays to raise mental health awareness by using the power of football to help highlight and combat the loneliness and isolation many men feel at some point in their lives.

Walk and Talk MMH founder Lee Adams said: “I went through a difficult period some time ago. I felt alone, isolated, with nowhere to turn, and was close to taking my own life.  Five years ago I started walking to Fulham FC away games, to raise awareness that 1 in 4 of us may suffer at some point in our lives, and I soon understood I wasn’t alone.

“I became motivated to turn my experiences into a positive to help and support others who felt the same as I had. People started to join me, and now this has become a huge movement of fans coming together from many teams, to let other men know that it’s okay to talk.”

He added: “Something as simple as companionship can save lives. Walk and Talk has seen many successes and has covered over 9,000 miles to date. Stories of people who joined us on walks, who during subsequent depressive, and often suicidal episodes, reached for their phone and contacted the group, rather than doing something more serious.

“2020 began by building on those success stories, creating a community dedicated to look after each other, that was important to so many during lockdown. This was set to be the year we took things to the next level, but COVID-19 forced a hiatus.”

Haywards Heath Town skipper Lloyd Cotton was promoted to joint manager for the new season alongside Shaun Saunders before this weekend’s event. Former Burgess Hill Town, Lewes, Peacehaven & Telscombe star Cotton is taking his first steps into management after being asked to step up on Wednesday.