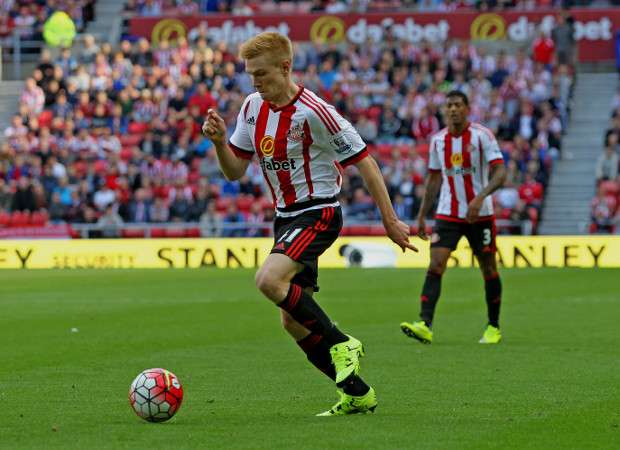 FORMER Altrincham star Duncan Watmore has been unveiled as an ambassador for the Football Foundation – the charity that helps improve grass-roots facilities.

The current Sunderland and England U21 forward is one of the Premier League’s brightest young stars and recently signed a new four-year deal at the Stadium of Light – why not check out the latest odds at sun bets promos.

Knowing all about the struggle at the lower reaches of the game, Watmore was seen as the perfect choice for the Football Foundation – who use money from the Premier League, The FA and the Government to raise the level of grass-roots facilities.

The 21-year-old, released by Manchester United as a youngster, has a first class honours degree in Economics and Business Management from Newcastle University.

On becoming an ambassador for the Football Foundation, he said: “It is so important that we improve the state of grass-roots sport facilities across the country. It makes such a difference to kids, and frankly people of all ages, if they are playing their football on quality surfaces.

“The Foundation’s investment into increasing the capacity and quality of our sports infrastructure is giving more people the chance to play sport purely for the love of it.

“It is also essential for developing technical skills as a player. If we want to encourage the creation of more home-grown sportspeople, we need to develop the basic platform of proper public sports facilities as the starting point.

“In the Football Foundation, the Government and the football industry have created an incredible, business-like charity that is improving facilities at the grass-roots right across the country. The Foundation also played a key part in the community sports hall at Altrincham FC who played a huge role in my development.

“It’s an incredible success story and I can’t wait to get started on playing my part in it!”