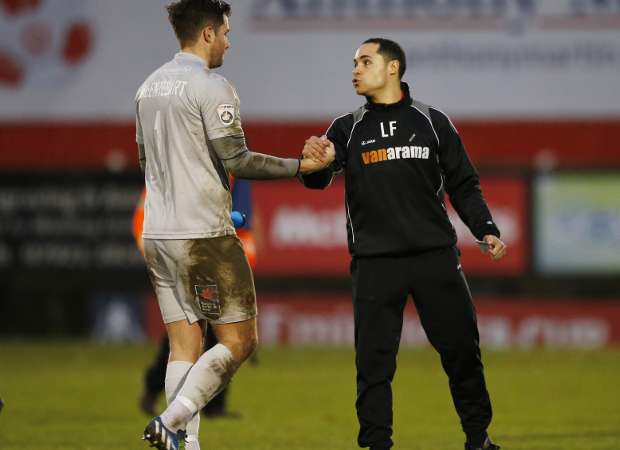 FORMER Welling United manager Loui Fazakerley has made a quick return to football, joining the coaching staff at Dover Athletic.

Fazakerley, 31, was sacked as Wings boss two weeks ago after a run of ten National League games without a win left them third bottom of the table.

However, he is back in the game with fellow National League side Dover. He has joined Chris Kinnear’s coaching team and will be focusing on the players’ fitness.

Fazakerley said: “I am very happy to join Dover as fitness coach as it keeps me involved in the game at the same level, albeit in a different role.

“I had heard some great things about the club from players I know at the club and have been impressed with everything since coming in last week.

“I can see why the team is doing so well this season as Chris and Jake have put together a great group of lads. Everyone seems to get on well and they all work their socks off. There’s a great atmosphere around the place too. That’s always the foundation of a successful team.

“Whilst not a lot needs changing, with my background in sports performance I really think I can come in and make some improvements to the physical performance of the players.

“Hopefully that can help the team out in the end of the season play-off push.”