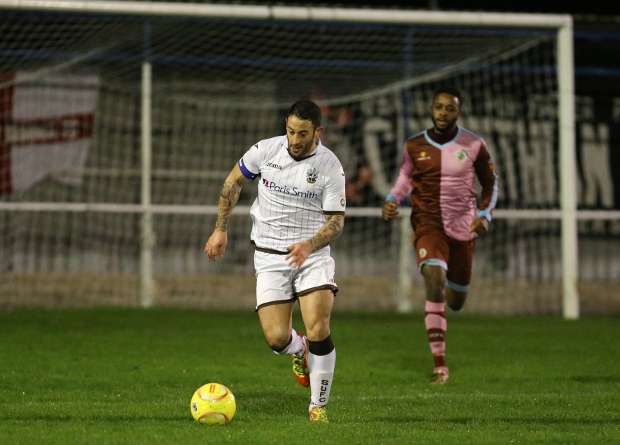 EXPERIENCED striker Stuart Fleetwood will be expected to fill the void of top scorer David Pratt after signing for Bath City.

The Romans were in the market for a striker after losing Pratt to Chippenham Town and they have turned to Fleetwood for next season.

The Gloucester-born forward has played five times for Wales U21s and made his name with Forest Green Rovers, scoring 28 goals in the 2007-08 season to earn a move to Charlton Athletic.

With game time hard to come by at the Addicks, Fleetwood spent a number of spells out on loan before joining Hereford United in July 2010.

He later joined Luton Town and then Eastleigh – who he helped to the Conference South title in 2013-14 – while also enjoying a loan spell back at Forest Green.

He signed a two-year deal at Sutton United in June 2015 but after 36 appearances for the club, he was released in April as the U’s went on to win the National League South.

Bath have snapped him up for next season and boss Owers told the club’s website: “We are very pleased to have Stuart on board. He is a striker with a proven record over the course of his career, and I am confident he can come in and add something to the squad with his professionalism, ability and experience.”