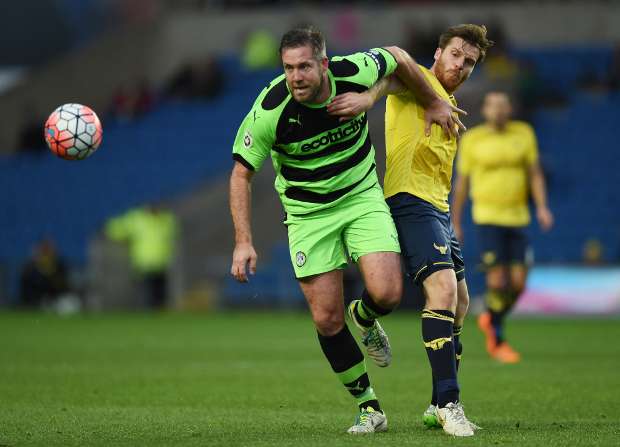 The 34-year-old spent two years with the Gloucestershire outfit and was their top scorer both seasons as they reached the play-offs.

His final appearance for Rovers was in the National League promotion final, coming off the bench at Wembley as the club lost 3-1 to Grimsby Town.

The big forward, known as ‘The Beast’, stepped up to assist caretaker boss Scott Bartlett following the surprise sacking of Ady Pennock on the eve of the play-offs.

The ex-Stoke, Preston and Fleetwood man is now searching for a new club after netting 44 goals in 96 Forest Rovers appearances.

Boss Mark Cooper told the club’s website: “Jon has been fantastic for the club and been great with me from the day I came in.

“I think he understands (that his exit) is just football, we need to evolve and change things a bit.

“He’s been great with the younger players and will continue to train with us for the rest of the week. I can’t speak highly enough about Jon.”

Cooper has moved quickly to replace Parkin, signing 25-year-old striker Rhys Murphy from League One side Oldham Athletic for an undisclosed fee.

He scored 13 times last season while representing Oldham and spending time on loan at Crawley Town and AFC Wimbledon.