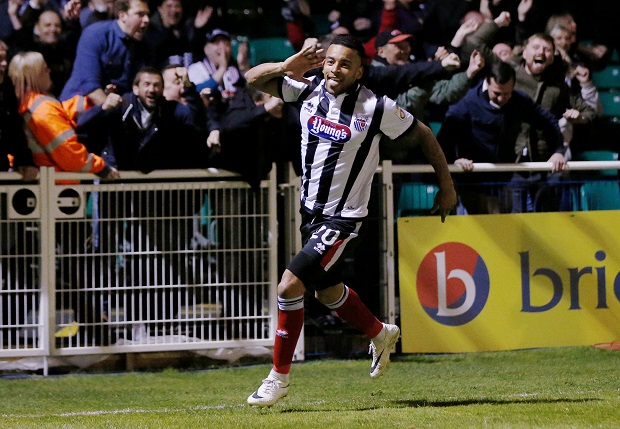 GOOD summer? Me neither. England were rubbish (yes Wales fans, I know), the weather was mainly terrible, and when the sun did come out there was as much chance of a table in the beer garden as Roy Hodgson tactically outmanoeuvring a dentist.

So you can thank the footballing gods that the proper stuff is finally back. Here are some of my National League signings ahead of the big kick-off.

The self-imposed rule: I must have seen them play in the flesh. We can all sit at home on the sofa and say Lionel Messi is a good player, but is he all that live? (The answer is I’ve seen him and, yes, he is!)

So here goes, in no particular order. If your favourite isn’t included, I’ve not witnessed them in person. Or I forgot their move. It’s been a long summer.

If Steve Burr hadn’t been sacked by Chester, there’s every chance Ross Hannah would have signed a new deal with the Blues. But the club dallied and their loss will be Barrow’s gain.

Known as the ‘Goal Machine’ from his freescoring days at Matlock, the 30-year-old fired in 26 last season – 23 of those coming in the league for a team that finished six points above the drop zone.

Hannah had a good record at previous club Grimsby Town, but he’s got an itch to scratch. His trophy cabinet is full with personal accolades, and now he wants some team glory. With Paul Cox’s side possessing the talent and ambition, Hannah could be banging them in for fun.

Frankly, the ‘Ginger Iniesta’ should be playing in the Football League. Davis has been a key figure in Braintree Town’s success over the years, culminating in last season’s remarkable third-place finish.

Boss Danny Cowley, now at Lincoln City, wasn’t even in hyperbole mode when he said the Iron should build a statue of him at Cressing Road. 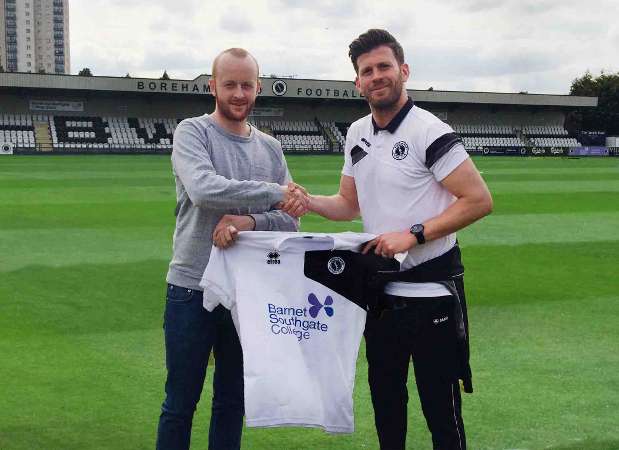 Kenny Davis, left, will be a big signing for Boreham Wood

Boreham Wood boss Luke Garrard has an absolute steal after the taxi driver decided to jump in his cab for a new challenge. Class and composed on the ball, he will make their team tick. He’s also able to chip in on the goal front as well.

It’s taken Butler a while to get to the top tier of Non-League football, but he’ll be desperate to take his chance. The 24-year-old grew up playing with Harry Kane and Andros Townsend at Spurs, and his goal is to get into the Football League.

At just 5ft 11ins, does size count against him? Almost certainly. But he makes up for that with his presence and his distribution is outstanding.

In the sweeper-keeper role, he is comfortable with the ball at his feet as well as shot-stopping. New Iron boss Jamie Day has had a busy summer as last season’s heroes took up full-time offers.

But, with a Conference title winner in Jon Ashton soon arriving through the door – and some other cute signings – he will be happy with his business.

Forest Green’s signing of Matt Tubbs has divided opinion in The NLP office – but I’m giving it the thumbs up. The loan spell at Eastleigh last season may not have worked out at a time when his move to Portsmouth had long turned sour.

But it wasn’t that long ago he was finding the net regularly in League Two for AFC Wimbledon. He’s only 31, and a proven goalscorer like Tubbs doesn’t suddenly forget where the net is.

He’ll also have Elliott Frear loading the bullets for him, and his workrate won’t drop even if he does have a dry patch.

Journalism rules dictate that Manchester United and England’s follically challenged striker Wayne Rooney must be mentioned when talking about this next player because John Rooney (they are brothers) has crossed enemy lines and joined Wrexham from Chester.

Dragons’ boss Gary Mills will be expecting to see those creative juices overflowing next season in a team that always sets out to entertain and play good football. 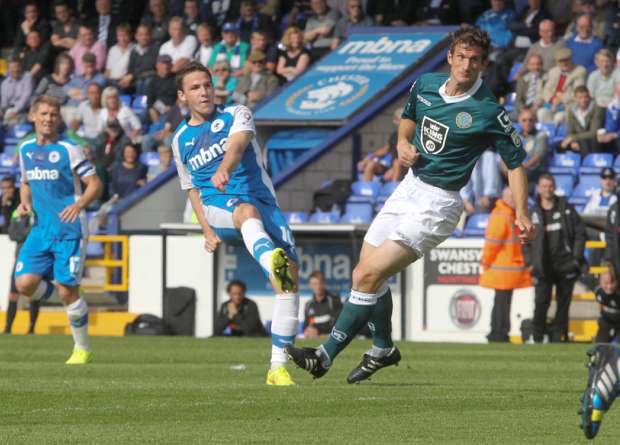 He’s also got a decent free-kick on him, and will be determined to thrive in a red shirt after leaving a blue one behind (like his brother).

John Still could find a real gem in the jewellery counter at Argos. Hiding in the shadows of Non-League outposts has led to some of his best ever signings.

Christian Assombalonga could be one of those, but I’m plumping for defender Craig Robson. When I saw him play for Bognor Regis Town he was actually in a holding midfield role.

The Ryman Premier side lost that day up at Grimsby in the FA Trophy semi-final, but he stood out against a team that went on to win promotion to the Football League.

As a fully paid-up member of the Alex Woodyard fan club, this was a close call. But Arnold’s arrival on Friday will certainly make their rivals sit up and take note.

Flair, skill and energy – on his day Arnold can win a game in the blink of an eye. The winger also has vital experience of being part of a dressing room that is going for promotion.

In fact, at Cambridge and his last club Grimsby, he was fighting on two fronts as they both went well in the FA Trophy too. That will be important for the Imps as they look to end their Football League exile.

Jackie McNamara has had a total rebuild at York and it will be interesting to see how they gel. Cheltenham showed last year that it is possible to have a complete new squad and go straight back up.

The signings of Daniel Nti and Kaine Felix are exciting, and Matt Fry was excellent for Braintree last season. That National League nous will be key and in midfielder Klukowski they have another proven operator at this level.

I always felt he was underrated while at Forest Green; he hit double figures three seasons in a row before his move to Newport County.

Jennings seems to have been around for so long it’s easy to forget he’s still only 24. Last season he captained Wrexham and showed his intelligence as a footballer by moving from his usual position as a striker to midfield. 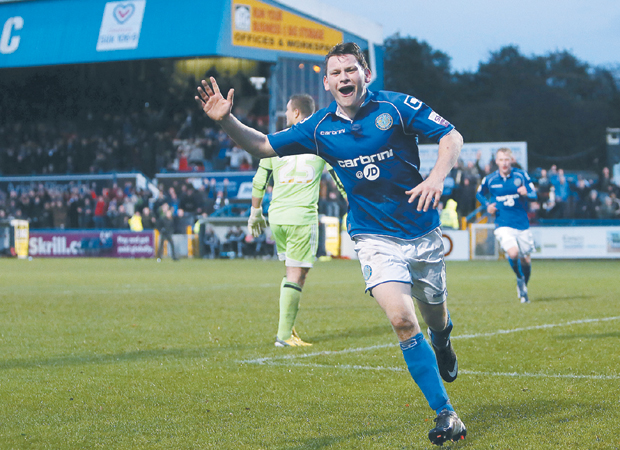 Connor Jennings is a proven goalscorer at National League level

He scored 14 league goals and set up 13 and Tranmere, who have also recruited well in Andy Cook, will hope for more of the same.