Shot-shy North Ferriby United turn to darts in bid to hit the target! 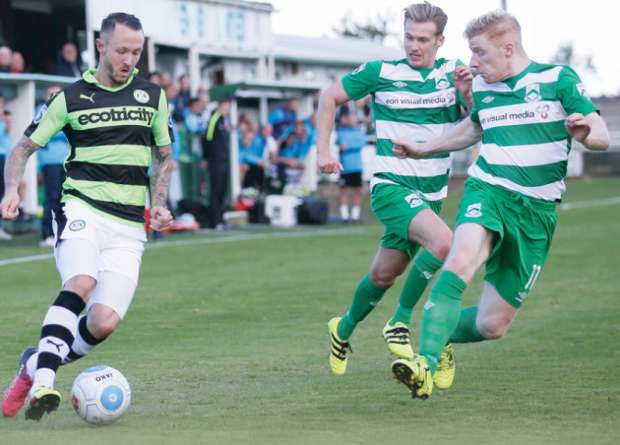 YOU’VE just been hammered at home, your ninth defeat in ten matches which is giving hints of the dreaded early-season sinking feeling. It’s surely then a case of back to the drawing board, not back to the darts board.

The very least you can expect after a 3-0 home reverse is some extra hours on the practice pitch to put things right.

If your manager was really switched on and wanted to punish you, he’d force you to all sit down and watch every second of England’s thrill-a-minute draw with Slovenia after running laps. That would send out the right message.

But North Ferriby United’s players weren’t subjected to such levels of cruelty last Tuesday. Instead of assessing their set pieces and getting to the bottom of their slide down the National League, the only table they had to worry about was the pool table!

Manager Steve Housham cancelled training on Tuesday night and decided a clubhouse competition with supporters was in order instead.

Housham isn’t at all unhappy with his team, despite a rotten run of form and the fact they can’t seem to score for love nor money.

So, no boots were required on Tuesday – the only thing the Villagers’ squad needed to bring was their A game.

“It’s not your usual reaction to a heavy home defeat on the Saturday, but we knew we had to tackle this season with a different approach,” said the manager, who replaced FC Halifax bound Billy Heath in the close season.

“I decided to get a good number of the club’s supporters together and we had a great evening of darts and a big pool competition going – we’ve got to do things a little differently, and a bit of bonding gave everyone a little bit of a lift.

“We mixed the teams up a bit, but a pair of fans won the darts match and it was enjoyed by all.” 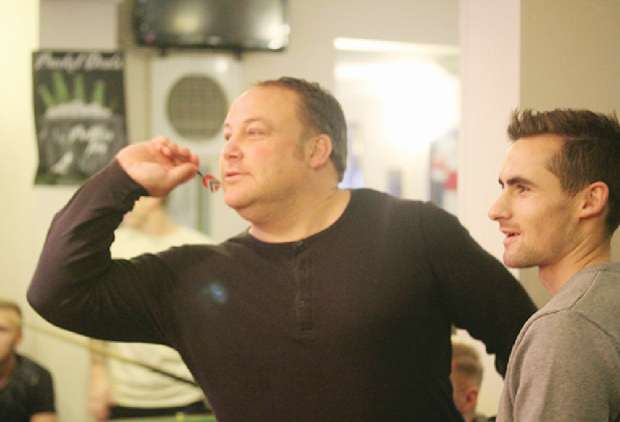 Rumours that the former Gainsborough boss missed the darts board on more than one occasion are totally unconfirmed.

But what is fact is that North Ferriby will return to the National League North after only a year unless they start scoring some goals.

Finding the net only six times in the season’s first two and a half months, the manager knows, is nowhere near enough.

“We even scored two of those six in one game!” laughed Housham, whose team have beaten Gateshead, Torquay and Guiseley this term.

“It’s no secret we’ve struggled to get goals but I sound like a stuck record. After every game I come into the changing room and tell them how proud I am of them – how they are doing nearly everything right and how I couldn’t have asked for more. I’m convinced our luck will turn soon.”