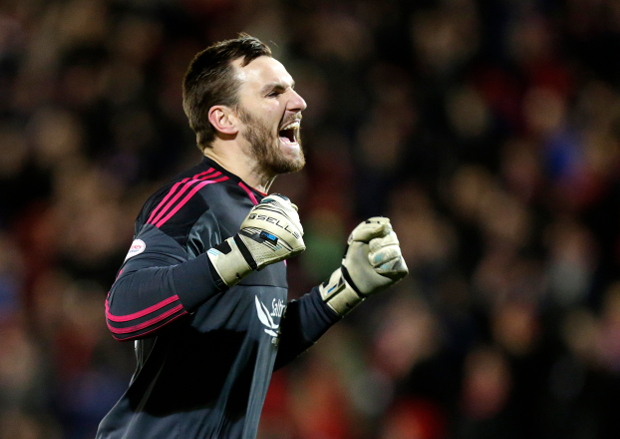 EASTLEIGH have drafted in former Aberdeen and Cheltenham keeper Scott Brown on loan from Wycombe following the injury to number one Ryan Clarke.

Clarke was injured during training in the build up to Saturday’s trip to Gateshead with youngster Ryan Huddart having to step in.

Huddart performed well at the International Stadium, making some great late saves as the Spitfires left the north east with a 2-2 draw.

However, boss Ronnie Moore has moved to add some experience between the sticks and Brown has signed a month-long loan.

The 31-year-old has played only twice for Wycombe this season after signing in the summer from Scottish Premiership side Aberdeen.

Prior to his stint north of the border, Brown turned out for Welshpool Town and Cheltenham, where he enjoyed a nine-year spell.

Wycombe manager Gareth Ainsworth added: “Scott needs games to get himself back to full match sharpness and this loan period will give him that opportunity, at a really competitive level in the National League and working under a very good manager in Ronnie Moore.

“He’s an experienced player and he understands that Jamal (Blackman) has earned the right to keep his place in goal for us at this moment in time.”