Can they make the grade? National League clubs have grounds for concern 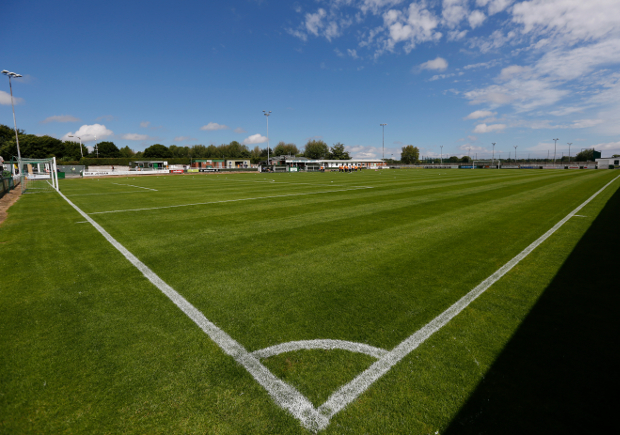 A NUMBER of Non-League clubs have grounds for concerns with time ticking for stadiums to be up to scratch ahead of all-important inspections.

The NLP has learned that there are ground grading worries at both National League clubs North Ferriby United and Solihull Moors, with both having a lot of work to do before the March 31 deadline.

There are problems in the National League South too, as improvements need to be made at Whitehawk, with patience running out with their temporary stands.

Promoted East Thurrock United and Poole Town also have to make big adjustments to their ground within the next few months.

National League clubs require an ‘A’ Grading after a year in the league to qualify for membership for a second season, while Step 2 sides need a ‘B’ Grading.

Should any clubs fail to achieve the necessary certificate, they will be relegated one step at the end of the season.

And it is understood North Ferriby are the FA’s main concern, with big investment needed in terracing at their modest Grange Lane home.

The Villagers, FA Trophy winners in 2015, will have a decision to make on the matter as they continue to struggle for form in their first season in Non-League football’s top flight.

They are currently third bottom of the table, but would have to commit to carrying out the costly improvements before knowing if they will earn the right to remain in the National League for a second season.

If they get relegated on the pitch, the money will be essentially wasted – but they aren’t the only club with things to consider as the FA look for answers ahead of their yearly inspections.

Off the pitch, Whitehawk have plenty to occupy themselves with – but on it they are getting some stability. The south coast club finally have a new manager after losing Richard Hill to Aston Villa at the end of November.

They have announced the appointment of experienced Alan Payne and defender Paul Reid as joint bosses as they look to pull away from trouble at the bottom of the National League South.

With their form poor, Payne says his number one goal is getting new faces into the club as they look to start 2017 better than they ended 2016.

“The recent results show that we need to make changes,” said Payne, the club’s former director of football. “The squad desperately needs adding to if not in time for Sunday’s match with Eastbourne then for the (January 7) match with Chelmsford City.”