How Non-League teams can support their local charities 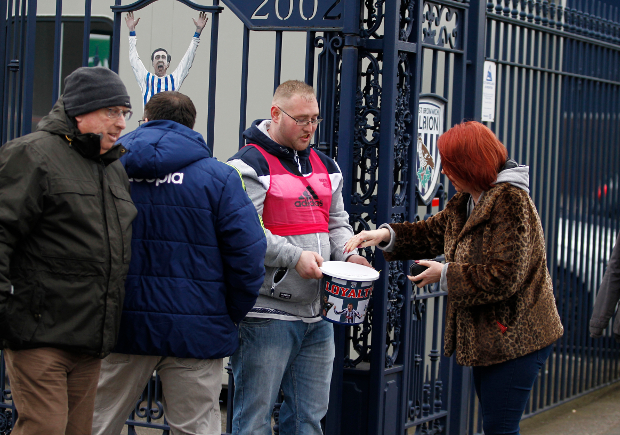 IF you follow a Non-League football team you will appreciate how much of a part of the local community it is, and it is that sense of community spirit that can be of real benefit to local charities.

The media focus in England is on top-flight football in the shape of the Premier League, but Non-League football is very well supported in this country, with average attendances in the Vanarama National League this season around the 1,700 mark. For a charity looking to increase its profile within a community, exposure to 1,700 people is certainly something worth pursuing. Individual clubs have much higher attendances; it’s not be unusual for clubs such as Tranmere Rovers, Lincoln City and Wrexham to draw crowds of 4,000-5,000.

Football clubs also stand to gain from partnering with or supporting a local charity, as doing so can boost their status within their community. Assisting such organisations is a great way for football clubs to give something back. There are many organisations that would be only delighted to be able to utilise the profile, facilities and resources of their local football club. Even something as simple as a half-time penalty shootout for local children is a great way for a football club to do something for the community and help generate a new generation of fans at the same time.

There are many ways Non-League football clubs can assist local charities. One popular way is to have a charity sponsor the team, either on a one-off or continuing basis. Football fans will be more than familiar with the various forms of sponsorship in evidence on a match day, whether it is pitchside advertising or sponsoring the match ball. Match programs provide another opportunity to gain exposure, as these offer advertising opportunities for local organisations.

Individual players can also partner with charities, using their status in the local community to raise awareness of a cause or help with fundraising. Players visiting local hospitals and other facilities that provide residential care can bring a smile to people’s faces in difficult times, as well as help raise their profile.

Charities seeking financial assistance from people can use a Non-League match day to appeal directly to football supporters. For example, poverty relief charity Penny Appeal asks for loose change to help provide emergency food and medical aid, orphan care, water solutions and more across Asia, the Middle East and Africa. Football supporters, like most other people on a day out, are usually carrying loose change that they are more than happy drop into a charity bucket inside or directly outside the ground where their team is playing.

Non-League teams and local charities have one big thing in common, and that is that they’re at the heart of their communities. So, it makes sense for them to partner up and reach out to supporters in order to help provide support for those in need locally and beyond.