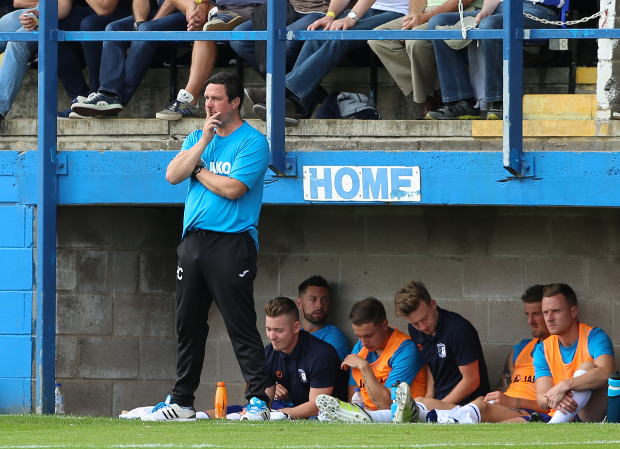 The Bluebirds put in a poor first-half showing in Hampshire and needed late goals from Shaun Tuton and Ross Hannah to rescue a point as they ended the game with nine men.

That stalemate means Barrow have won just one of their last eight National League fixtures – a 3-0 home success against leaders Lincoln City.

Cox’s men are still in a good position, however, and currently sit just three points adrift of the play-offs with games in hand over their rivals.

The former Mansfield boss knows his side must start being more consistent if they want to take Barrow back into the Football League for the first time since 1972.

Cox told the North-West Evening Mail: “This group baffles me sometimes. We’ve been a little bit erratic with results, we don’t seem to have that consistency, but games like today (Saturday) can reignite you.

“There is a learning curve, mentally, with some of the players, and we need to get rid of some of the skeletons in our closet – and now we need to take the desire and energy of our second-half performance into every game between now and the end of the season.

“I want to upset the applecart, I don’t think anyone wants us in the play-offs. They look at us as being a bit of a wart on the nose of this league.

“All the clubs around us now have got scope to be Football League clubs and we’ve got to be hungry, we’ve got to bite and scratch to prove that we belong here.”