David Preece: It’s time for a reality check – protestors have no grasp of failure 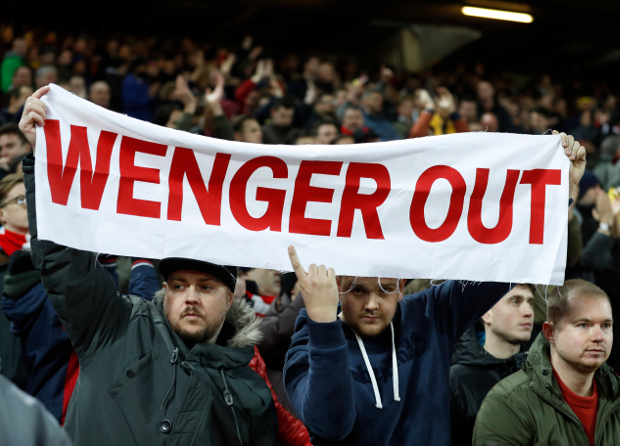 I’VE been finding all the goings on at Arsenal somewhat bemusing, if I’m honest with you. As a Sunderland fan, watching grown men holding their A4 sheets of paper with “Time to go, Arsene” or worse still, the most tired looking of hashtags “#WengerOut” printed on them, I just can’t take these guys seriously.

Old enough to know better, young enough to not realise supporting a football club is about more than counting the cups you’ve won at the end of the season, they stand there taking selfies of themselves, smiling, holding their pitiful protest cards aloft so they can get them in shot.

Their gripe is that they are living their own version of Groundhog Day. A perpetual hell of the same season, year after year. A top-four finish in the Premier League; Champions League football (and possibly winning the FA Cup every couple of years as scant bonus). I just don’t know how they put up with it. I suppose if the worst comes to the worst, at the end of their days and they do end up in hell, at least they will be well prepared for their eternal fate, right?

Well, as tired as they have become of their club’s mediocrity in consistently competing at the right end of the table, I’ve grown weary of listening to the complaints. They should try out two seasons of the real Groundhog Day, blud. The annual grind against relegation that really gets you down.

As a player, I always made the distinction between fans and supporters. I saw those people who gave you the worst abuse as ‘fans’. They were fanatical in their backing, but there was never any in-between. You were either the worst player they had ever seen or the best, depending on the result. Supporters on the other hand, were those who were positive in defeat. Who acknowledged effort in the face of bad performances. The ones who believed that no matter how bad a situation their team found themselves in, they applauded every tackle and encouraged players after every misplaced pass.

Whilst at Aberdeen, we were always accused of raising our game against Rangers because of the fierce rivalry between the two clubs, but there was a common denominator in every game the two clubs played: the fans (or supporters).

It was the one fixture during the season where every single person of a red and white persuasion got behind the side as if they were shouting home a horse they’d backed at 20/1 and had its nose in front. That’s what made the difference; that’s what lifted the team and it’s something that some fans have forgotten… They can make the difference. 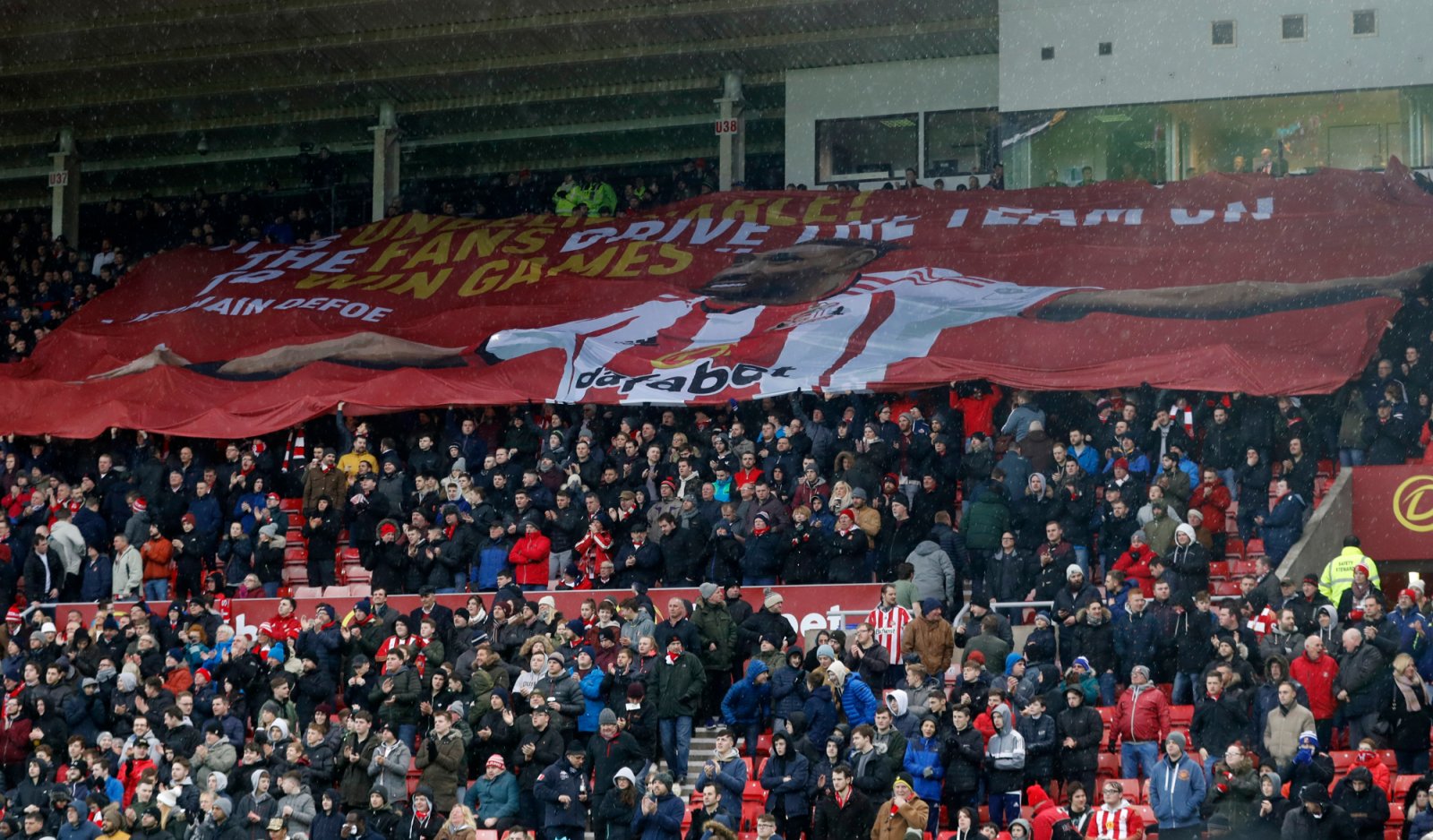 Sunderland supporters have stuck by their club through the tough times

That disconnection hasn’t quite happened at Sunderland as of yet. It’s still a club that has a tremendous part to play in the identity of the city and the surrounding area. The battle is so entrenched in the people who come to watch that success would probably feel too alien, but it would be a coat that would be nice to try on every now and again.

Sunderland fans have been ridiculed recently for the empty seats that have become so visible well before the final whistle in defeats to Southampton and Manchester City, but there’s more to it than meets the eye.

They haven’t been ultra critical of the players or the manager, and still have the belief they can pull it off again against all the odds.

I know success is relative, but imagine if Arsenal had a season like Chelsea had last year. The reaction would be cataclysmic. This might sound like some ‘holier than thou” rant proclaiming Sunderland supporters are better than Arsenal fans – but there’s my point in the words I use to describe both sets.

Sunderland have ‘supporters’ and Arsenal have ‘fans’, and that says everything to me. It’s Arsenal Fan TV, not Arsenal Supporter TV.

Supporting Sunderland isn’t easy and for those of us who had no choice in the matter it can be more of a curse than a gift, and there has been plenty of times when there has been cause to vent our displeasure.

I remember in my early days as a teenager at Roker Park prior to the Peter Reid era, when thousands would congregate outside the reception area calling for the head of the-then chairman, Bob Murray.

The club was in danger of sliding back in to the third tier and there was a desperate need for change. Any kind of change. That was worth demonstrating for and the supporters did it for the good of the club. If Arsenal fans want a reminder of what it’s like to support a club through thin times and even thinner, all they needed to do was take a look over at the 9,000 Imps at the game on Saturday. 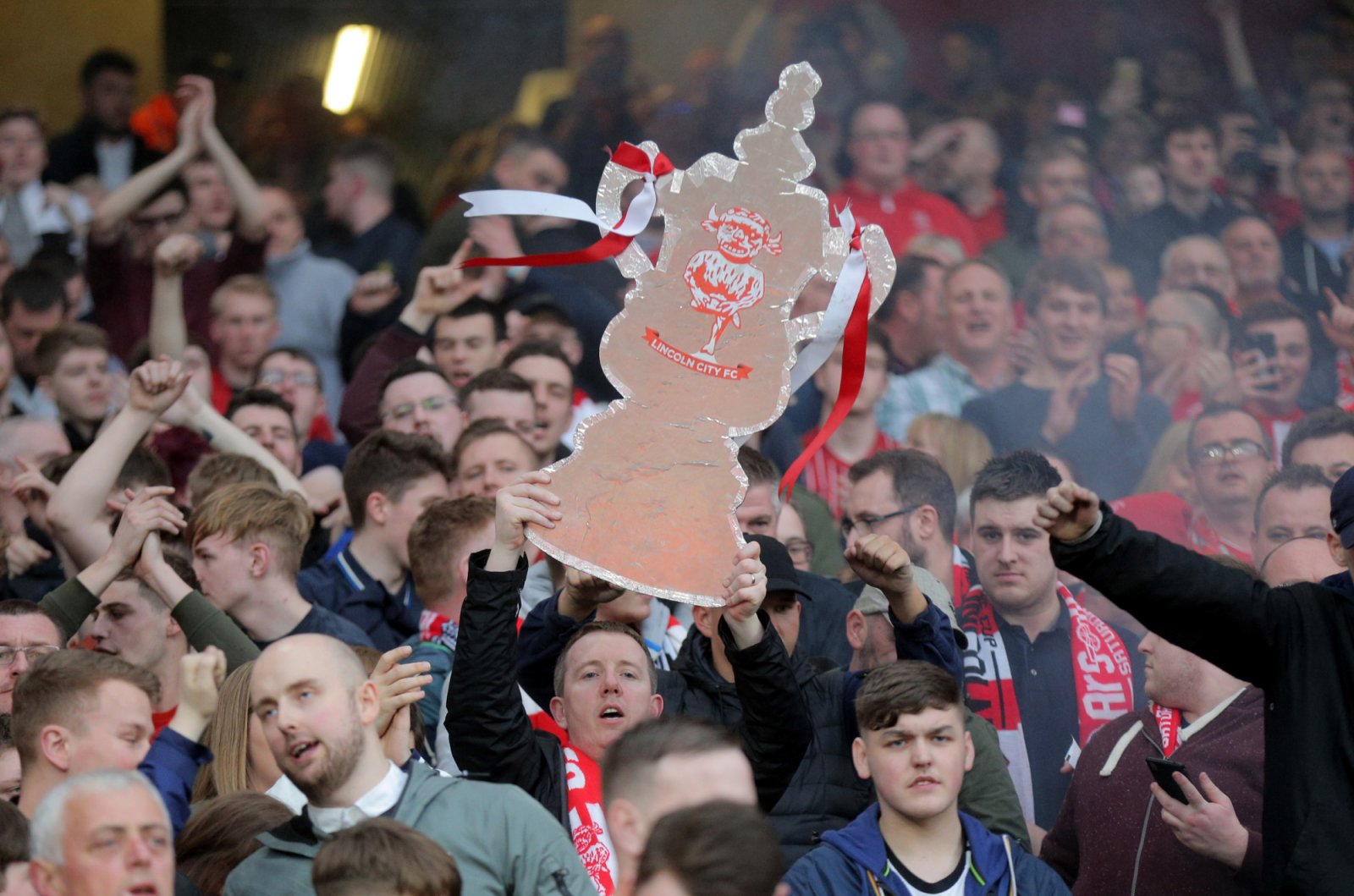 Lincoln supporters cheer on their team at Arsenal

If there is a group of fans more deserving of some success, it’s Lincoln City’s – a club that has been starved of limelight and anything that remotely resembles success.

And if you still can’t find any joy in Danny Cowley’s boys’ achievements then perhaps football just isn’t for you. If you only go to watch the game to see your team win, then you’re missing out on what football is really about. There is so much more to it despite what some ‘fans’ would say.

When you pay the price of your ticket there isn’t any small print that guarantees a good result or even a good performance. It just shows that this is your team and you’re a supporter. No matter what.

Interested in reading The NLP every week? With news, interviews and all the action – we provide the most trusted coverage of the Non-League game. You can subscribe to ensure you get your Non-League fix!