The NLP’s National League Team of the Day April 30 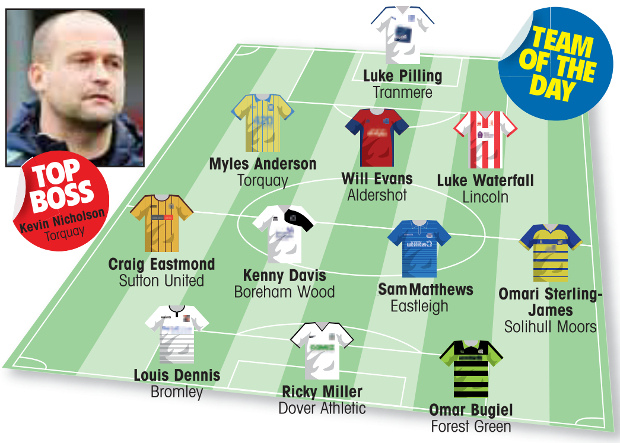 TORQUAY UNITED manager Kevin Nicholson was named our Top Boss after the Gulls secured their National League status on a dramatic final day.

Dover Athletic striker Ricky Miller scored yet another hat-trick but it wasn’t enough to force the Whites into the play-offs. He was joined up front in our side by Forest Green’s Omar Bugiel and Louis Dennis of Bromley.

Omar Sterling-James’ free-kick for Solihull Moors put Guiseley on the brink of relegation before their late leveller and he was picked in our midfield four.

Torquay’s Anderson was partnered in our back three by Aldershot’s Will Evans and Luke Waterfall of Lincoln City while Tranmere’s young keeper Luke Pilling was given the number one shirt for his clean sheet at Maidstone.