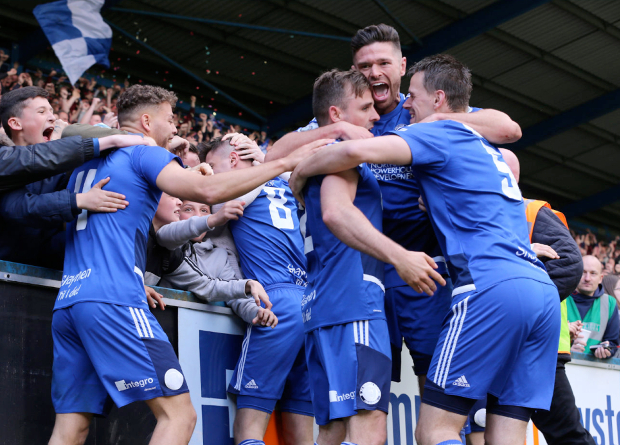 AN extension to the play-offs from four teams to six will make next season’s National League more competitive than ever.

That was the view of Michael Tattersall, the league’s chief executive, after plans to open up the promotion race to the top seven were passed at Saturday’s AGM at Celtic Manor in South Wales.

Needing 75 per cent of clubs to vote in favour to get the ‘special resolution’ through, Tattersall claimed there was overwhelming support for the move, adding: “With more clubs having the opportunity to reach the play-offs, we will have a better season. It’s that simple.”

The new format will involve clubs effectively playing over three rounds. While the second and third-placed teams will gain an automatic bye to the semi-finals, clubs finishing in fourth to seventh will then play each other in single-leg qualifiers (fourth plays seventh; fifth plays sixth) at the home of the club that finished higher in the league.

The winners will then progress to the semis. Again, one-leg ties at the home of the higher-placed teams – those who finished second and third – will determine the finalists for Wembley.

“It’s a simple format,” claimed Tattersall. “Obviously it’s new, but I think it will click. I have been involved in football for a long time. Play-offs, with four teams and two legs that’s not the only way you can do it.

“How can we make it more exciting for longer periods and for more clubs? Well you can change the play-off format. This will extend the excitement and bring more clubs into the promotion race.”

While extending the play-off to involve six teams may create more of an opportunity for aspiring clubs, Tattersall was quick to defend the move with some claiming it is unfair on the team finishing second potentially being beaten to promotion by a team finishing in seventh place.

“Of course that could happen,” he said. “But we must take take into account it would be very hard for a team finishing in seventh to do it because they would have to play two away games, with one, the semi-final, likely against a club who are much better than them.

“That’s part of what we are doing here; creating and extending the excitement. That is the play-offs. They are not fair. But we have decided already the play-offs are a better way of determining who else should go up.”

Meanwhile, Tattersall claimed it was his long-term ambition to create a second automatic promotion spot for the National League. Although he admitted he faces challenges with League Two clubs highly unlikely to support such a move.

“Those clubs are reluctant to go for it because it will affect them directly, so we need to build up a case across football and the Football League to see if it’s the right thing for the pyramid,” he added.