Rescue mission! Leyton Orient are still in a state of limbo, say fans 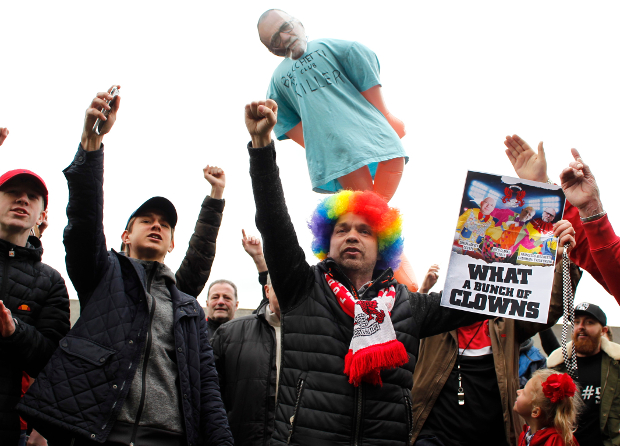 THE winding-up petition against Leyton Orient was dismissed at a High Court hearing last week – but the Os aren’t out of danger.

Orient, who were relegated from League Two last month, owed money to four creditors on the petition with the debts paid on Monday.

It is believed other creditors are still owed money with Orient fans protesting outside the London court against owner Francesco Becchetti.

And just because the current debts have been paid, Tom Davies of the Leyton Orient Fans Trust (LOFT) has warned the club is still in the balance.

Davies told The NLP: “Surviving the winding-up petition is no news really. If Bechetti hadn’t settled the debts then it would have left us options in terms of applying for administration. This just leaves him in control.

“That can be good news if it means he is getting closer to a sale, it’s bad news if he’s not and going to either liquidate the club or just carry on running it into the ground as he has. Everybody is very frustrated.

“It shows how callous the whole situation is. He didn’t pay staff for a couple of months, but then when he needs to pay money he does. The fact he never talks to anyone leaves everyone in a state of limbo.”

Orient were relegated to Non-League after finishing bottom of League Two, ending their 112-year stay in the Football League.

Becchetti said in January that he would be willing to consider selling the club, though nothing has been solved just yet.

And in a year where Blackpool, who are owned by much disliked Karl Oyston, took just 5,000 fans to Wembley as they won promotion from League Two, Davies is warning a similar situation could be seen at Brisbane Road come August.

He added: “Normally we’d be one of the big scalps in the Conference. The normal rules don’t really apply unfortunately this time. Fans are still very engaged and following the situation and are passionate of following the club.

“Season tickets aren’t on sale yet though and a lot of people are talking about not going to the home games next season. If there is a takeover everyone starts going again, and that’s the hope, but we just have to play it by ear.

“A phoenix club is a last resort. It is in our list of contingencies, but the only circumstances that may happen would be if there’s no Orient at all. It’s about saving the existing club.”