The Non-League Football Paper
Home / Features / The NLP says: From such a bleak outlook, a bright future has emerged for Leyton Orient

The NLP says: From such a bleak outlook, a bright future has emerged for Leyton Orient

Posted on 28th June 2017 by admin in Features, National League with 0 Comments 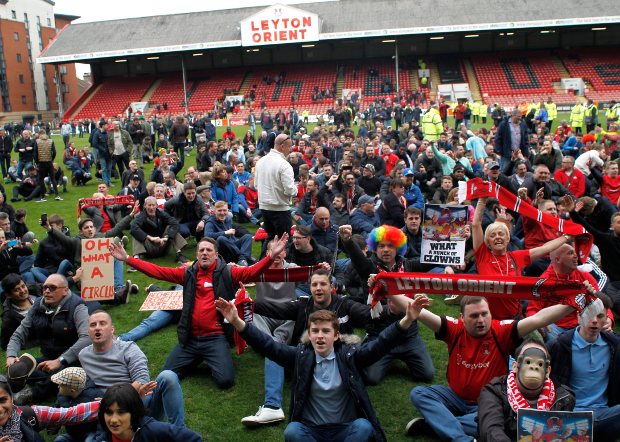 FOOTBALL… it really is a bloody soap opera! Just last week we were all set to pen the potential obituary of Leyton Orient with the club lurking in limbo. Despite surviving a winding-up petition at the High Court, the threat of liquidation remained a real prospect as the fans screamed for a financial backer and saviour.

After three years of hopeless mismanagement under the direction of owner Francesco Becchetti – with the controversial Italian having a hand in two relegations as well as a mountain of financial arrears – the trapdoor down to the lower reaches of Step 5 and a Phoenix club seemed the only conclusion.

But on Thursday afternoon, with heads in The NLP office scouring the internet for leads and putting in calls for news lines in this week’s issue, the story broke: “It’s done. Leyton Orient have found a backer, or rather a backer has found Leyton Orient. Purchased by Eagle Investments, headed by Nigel Travis, chairman and CEO of Dunkin’ Brands Inc., the parent company of Dunkin’ Donuts, and a life-long fan of the O’s. Martin Ling, a former player and manager, is to step in as Director of Football.”

Suddenly, from the depths of despair, the club’s future was now in safe hands…

To be honest, I don’t think Orient fans could have asked for a better solution here. Becchetti’s lack of compassion for the club was evident, but with Travis now steering the ship as Chairman, the fans know they have a man after their own hearts at the helm.

While Travis’ devotion may serve as the icing on the cake, the appointment of Ling is without doubt the cherry on top. After playing over 150 times for the club and then starting his coaching career in the youth set-up, Ling went on to enjoy six successful years at Brisbane Road from 2003 to 2009, guiding the O’s promotion charge to League One in his third season, with serious aspirations to reach the Championship.

He is also a man who knows what is in front of him in Non-League, having served as manager with Cambridge United in the Conference National. It’s like a mythical comic book hero has come back to save the club from an evil antagonist.

I’ve never been a believer in Directors of Football. For one, I have often seen them as busy bodies; hangers on who stick their noses into team affairs, happy to step on the manager’s toes at will while poking suggestions to the board behind his back. It may have its place on the continent, however it’s never been a model for success in this country.

But in this situation, I see the benefits. Ling will be given complete authority when it comes to signing players, so whoever comes in as manager – and we find it very hard to believe caretaker boss Omer Riza will be that person – there will have to be a clear understanding of this. Ling will know the ‘type’ of players the club needs for the task ahead, and more importantly, the ‘type’ the club don’t need.

There is a potential caveat here: the Director of Football role might make it hard to attract a big-name boss who is happy to hand over the transfer dealings. But with Ling there, that’s not really what the club needs and it will open the door to a young coach with fresh ideas who can focus solely on getting the best out of his squad.

“I don’t know about buying businesses,” says Ling. “But I know how to put a football team together and work with a budget. I’m all over that. I’m here to make sure the football side of the club is looked after.” 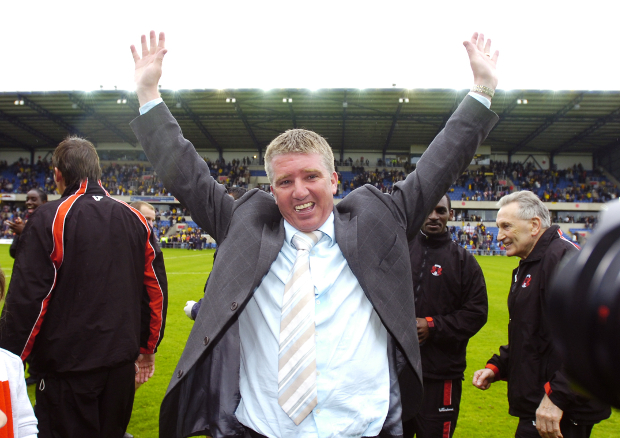 Martin Ling celebrates promotion to League One with Leyton Orient

Ling will also act as a reliable voice, connecting the board with the fans. He is a great talker and a real thinker. The club is embedded in him and the fans love him for that. From such a bleak outlook, a bright future has emerged and Ling and Leyton Orient’s journey back to the Football League starts right here. With everyone pulling in the same direction, the club can ride on a wave of positivity.

We wish Orient and their fans the best for the season ahead. It’s happy days again for this great east London giant!