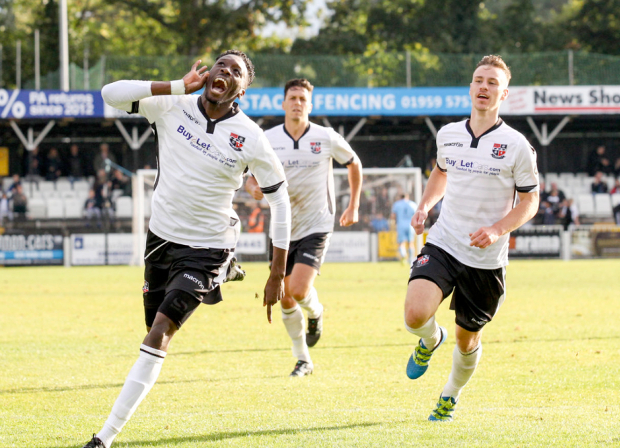 WINGER Blair Turgott has earned a move back into the Football League with Stevenage after an impressive season at Bromley.

The 23-year-old, who started his career with West Ham, joined Bromley from Leyton Orient last summer and scored 15 times for the Ravens as they finished tenth in the National League.

Turgott’s performances also caught the eye of England C boss Paul Fairclough and he played in the victory over Estonia in December.

A number of Football League clubs were said to be interested in Turgott, who has previous experience with Bradford, Colchester, Rotherham and Coventry, but Stevenage won the race for his signature.

The League Two side clearly keep an keen eye on Non-League having also snapped up Tamworth striker Danny Newton this summer.

The pair will be hoping to help Boro improve on last season’s mid-table finish and Turgott said: “My first couple of days (of training) have been tough but I’m just looking forward to being involved.

“My agent said a few times that there was a bit of interest from Stevenage but for me it was just about doing my best for Bromley and seeing what happened.

“Massive thank you to all associated with Bromley – staff, players and fans. Really enjoyed my time there, a club always close to my heart.”

A Bromley statement added: “The club would like to thank Blair Turgott for his time at Hayes Lane and wish him all the very best for the future.

“The winger’s contract came to a finish at the end of last season and the winger has since signed for Stevenage.”