The Non-League Football Paper
Home / Latest News / National League / Steve McNulty Big Interview: There will be no excuses if we don’t get promoted this time

Steve McNulty Big Interview: There will be no excuses if we don’t get promoted this time

Posted on 14th July 2017 by admin in National League, The Big Interview with 0 Comments 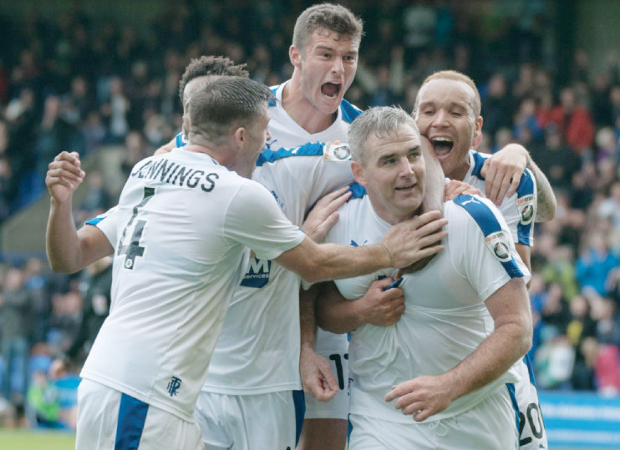 AT Tranmere, pre-season ain’t what it used to be. And at 33, Steve McNulty isn’t complaining.

“I don’t miss the days of six and seven-mile runs,” laughs the Scouse centre-back. “I had a few pre-seasons under Micky Mellon at Fleetwood and they were old-school. Running for miles and miles and miles.

“But everything’s about distance and time now. It’s more football-orientated. We wear GPS and heart monitors to adjust for fitness levels. On the down side, there’s no hiding anymore – the coaches know if you’re working to your max!”

Not that Mellon is letting his players off lightly. Rovers have been back in training for a fortnight now, their summer break amounting to barely five weeks.

Such is the determination to atone for May’s galling Wembley no-show. Propelled from mid-table to title contention following Mellon’s appointment in October, the Merseyside outfit won ten of their final 12 league games to finish an agonising four points shy of champions Lincoln.

But having dispatched Aldershot in the play-off semis, that barrelling momentum died as they prepared to do battle with third-placed Forest Green.

Mark Cooper’s side eventually strolled to a 3-1 victory, condemning Tranmere to a summer of regrets and a third straight season in Non-League.

“Nobody had any arguments,” admits McNulty, who arrived from Luton last summer. “I think the occasion got to a lot of us and we didn’t play our normal game. As a team, as individuals, we just didn’t turn up.

“We failed. We spoke between ourselves and we all agreed on that. When you play for a club like Tranmere at this level, the target is always promotion.

“Nobody is under any illusions. We all know we were brought here for one reason – to get the club in the Football League – and we didn’t do what was expected of us.”

For a serial winner like McNulty, that failure jarred. Four times the defender has tasted promotion in his career, winning the Conference North play-offs with Barrow before anchoring Fleetwood’s rise from Step 2 to League Two under old mate Mellon.

He then joined John Still at Luton, the goals of Andre Gray helping to put a second Conference title on McNulty’s mantelpiece. The subsequent success of both sides has further fuelled the three-up, three-down debate, as advocated by Mellon in the wake of play-off defeat. McNulty, however, holds little hope.

“People have been banging that drum for years and I’ve said it myself,” he says. “How many points did we finish above Forest Green, nine? We all know it would be fairer.

“But let’s be honest, the Football League are never going to give it the OK are they? They have to hold a vote and all the teams who hover around the relegation zone in League Two are hardly going to come down in favour. It’s a pipe dream.”

So can Tranmere emulate the levels of consistency that Fleetwood and Luton showed to clamber out of the National League?

“I think Lincoln showed last season what this division is about,” he says. “They sometimes got criticised for the way they played but, at the end of the day, it got them promoted.

“That’s the lesson. You do what’s needed to go up. It’s not always about playing pretty football or getting the plaudits. Sometimes it’s about playing the conditions or setting up to stop an opponent. If you speak to any player, they’d rather win a league than play well every game.”

Money helps too, with Tranmere – who have so far signed striker George Waring, playmaker Jack Dunn and midfielder Ollie Norburn – rumoured to boast a warchest among the heftiest in the division.

McNulty, though, has little time for talk of wages and budgets. “Tranmere are a big club, but I don’t think they’ll be spending the kind of money people are putting about,” he insists.

“It was the same at Fleetwood. The money thing was a myth. It wasn’t until the year we won the Conference they started paying out and most of that money was on Jamie Vardy.

“He took us to another level but don’t let that fool you – we had good players in the team before Vards came and a lot of them weren’t on massive money.

“Before I went to Luton, they were paying lads two or three grand a week. But when John Still came in, he didn’t want that kind of budget. He wanted everyone earning a similar sort of wage.

“Let’s be fair; if your centre-forward is scoring 25 goals a season, he’s always going to earn more than me at centre-half. That’s just the way football goes.

“But, at the same time, you can’t have a centre-forward earning £3,000 a week and a goalkeeper on £500. That will just cause splinters and factions, which is what John recognised.

“That’s why I say it’s not just about the money. People exaggerate budgets and read too much into wages. Often, the figures you see aren’t even true.

“It’s really about the recruitment – getting a good group together.”

McNulty is confident Mellon has achieved that, with fellow ex-Fleetwood man Andy Mangan a prime example. 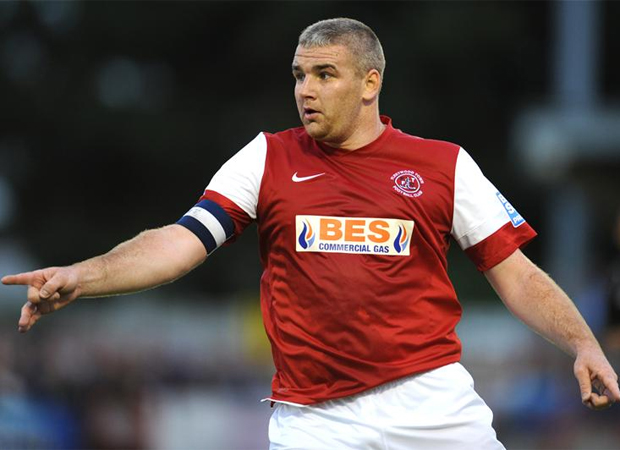 McNulty in his Fleetwood Town days

“Mangy’s a great lad to have about,” he says. “He’s a good laugh, got a top personality. He’s one of those who is always joking about. You need people like that around any club – he brings people together, picks people up when they’re down.”

“I think I’m the oldest in the team now,” he says with a wry chuckle. “I’ve played in the division for a long time now so I’m always there if anyone needs a shoulder to lean on or a bit of advice.

“If the young lads want me to act as a bit of go-between, that’s fine. But Micky and his staff are great. It’s not just their way. They’ll always sit down and listen to what you’ve got to say, any ideas or complaints.

“He’s very experienced now – the club is in good hands with Micky. But like I say, we’re only here for one reason. This time we all have to make a better job of it.”