Posted on 20th July 2017 by Steven Coney in National League, Step 5 and below with 0 Comments 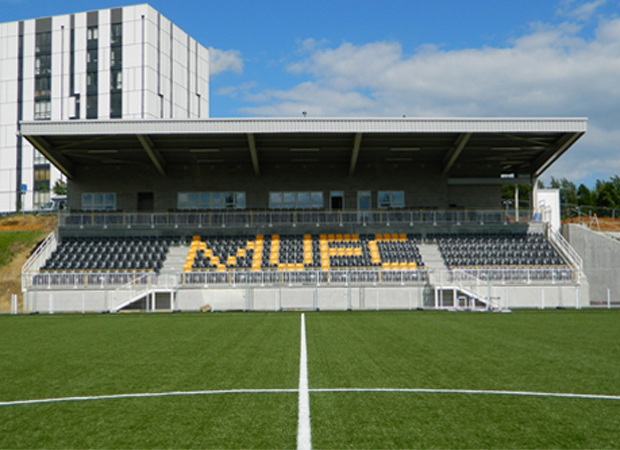 MAIDSTONE UNITED’S Gallagher Stadium ground will have a second team call it home after Step 5 side Crowborough Athletic agreed to share with the National League outfit.

Due to legal complications, the installation of the Crows’ new 3G pitch at their Community Stadium home was delayed, leaving them to seek alternative arrangements.

The Southern Counties East League Premier club have signed an agreement to play at the Gallagher Stadium – also home to a 3G pitch – for the entirety of the 2017-18 campaign but hope their own ground will be up to scratch in the not too distant future.

Maidstone, who returned to the town and into their new home in 2012 after 24 years of exile, will welcome the Crows with open arms.

Stones chief executive Bill Williams said: “We are very pleased to be of assistance to Crowborough Athletic while their pitch works are completed.

“They came to visit us when they were considering the move to 3G and we’d kept in touch since.

“There have been times in the not too distant past that clubs have helped us when we’ve needed a home, so we know what it means to help another in a time of need.

“We hope Crowborough’s fans, officials and players enjoy their stay with us, however long that might be.”

A Crowborough statement confirmed: “Although work on our own 3G pitch has not started as early as we had planned due to the legal “Is” and “Ts” needing to be dotted and crossed, it is not that far away.

“Now the National League Board have ratified the groundshare arrangement at their meeting held on July 19, we can now let everyone know that the Gallagher Stadium, home of Maidstone United FC, will be where the Crows play their home games for the 2017-18 season.

“The arrangement lasts for the whole season, although the Crows intend to return to the Community Stadium once their 3G pitch has been completed and is ready to use.

“The Crows are grateful to the owners and board members of the Stones for their co-operation throughout in arranging the groundshare, especially to club secretary Ian Tucker and chief executive Bill Williams, whose help and guidance proved invaluable during the whole process.”