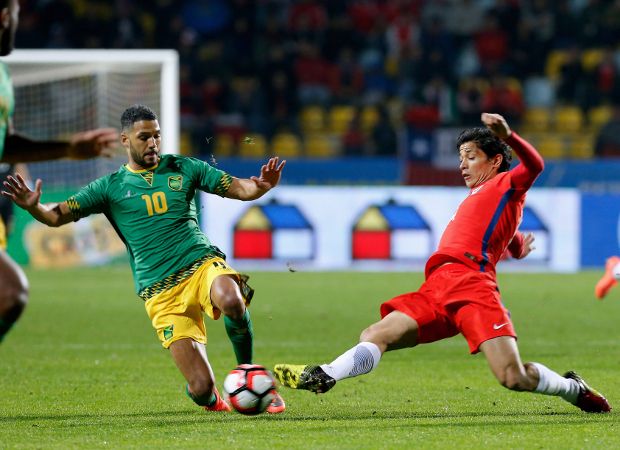 STEVE DAVIS has added a wealth of experience to his Leyton Orient squad with the signing of midfielder Jobi McAnuff.

The 35-year-old has put pen to paper on a one-year deal at Brisbane Road and returns to the club after originally turning out for the O’s between 2014 and 2016.

McAnuff, who left Stevenage at the end of last season, has made over 600 senior appearances during his career and has 32 international caps for Jamaica to his name.

After starting his career with Wimbledon, McAnuff went on to play for West Ham, Cardiff, Crystal Palace, Watford and in the Premier League for Reading.

Now he has re-joined Orient for their first National League season and McAnuff sees positive signs for the O’s following a tough recent past.

He told the club’s website: “I’m delighted to be back. There are a lot of familiar faces and there’s a real positive feel about the club which is at odds to most of the time I was here before.

“I had a few offers so I had been considering what my next step would be. Then I got a call from Martin (Ling) asking if I would be interested in coming back. Once we met, we had a great chat and he is a massive plus for the club.

“Recruitment has been fantastic so far. There seems to be a real focus on getting the right type of characters in. It was tough for the young lads last year but they performed well in difficult circumstances.

“It’s just a case of getting the right players around them. We need to put performances in because we’ll be a big club in this league.”