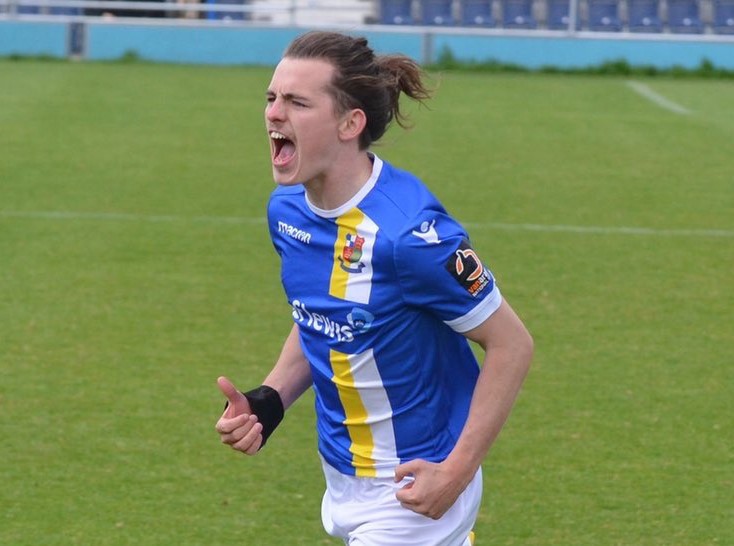 Maidenhead United’s Freddie Grant is looking forward to continuing his comeback from injury during a month`s loan in National League South with Hemel Hempstead Town.

The 23-year-old could make his first start for the Tudors on Saturday when they host Tonbridge Angels at Vauxhall Road are arriving on Friday.

The former Farnborough, Margate, Oxford City and Oxford United left-back is looking for game time after making just two starts for the Magpies since his summer switch to Alan Devonshire’s side from Wealdstone.

Grant, who joined Wealdstone from rivals Oxford City in May 2018, helped fire the Stones to promotion play-offs last season before being hit by injury this term.

He told Tudor TV: “I’ve looked at the table and Hemel look to be in a solid position really with three games in hand so I just want to come here and get as many clean sheets as possible and then try and create a few chances, put a few on a plate for Hemel’s strikers.”

Grant is committed to making a happy exit in January, adding: “As long as I can leave here knowing we have one more than half our games and just got through the nine games knowing I’ve my bit.”

SIGNING | Welcome to @GrantFreddie who joins on loan from @MUFCYorkRoad

Check out our Twitter feed over the coming days for the interview. pic.twitter.com/0T3LtRmbee

Catch the full interview in our Christmas Eve special of Tudor Talk on Tuesday pic.twitter.com/t5hsM7DcBM

DEBUTS | Both @thatguyneeks and @GrantFreddie make their league debuts for The Tudors tomorrow. Get down to Vauxhall Road to see the new lads in action and to cheer the lads to 3 points! pic.twitter.com/WCQpz5FVrh