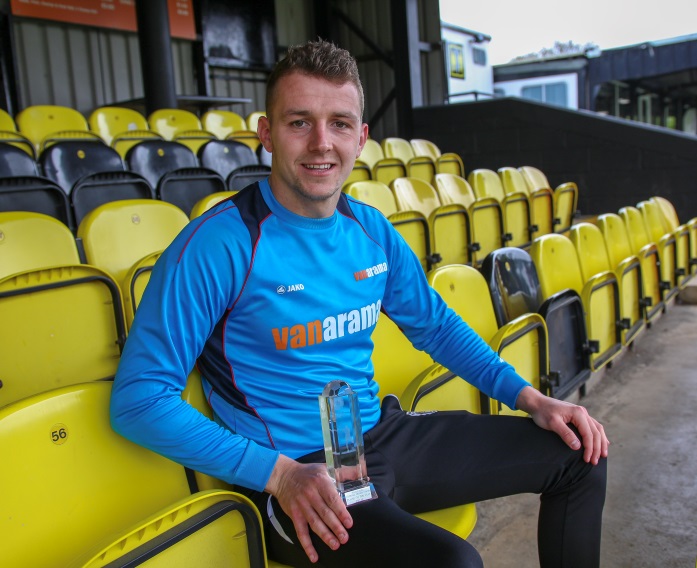 Harrogate Town’s Joe Leesley won’t play in the National League again this season after agreeing to a second loan spell this term at League Two Stevenage.

The former England ‘C’ international, pictured, agreed to the switch to Hertfordshire on Monday following the end of his three month loan at Town’s National League rivals Stockport County.

The 25-year-old was signed by second bottom Stevenage on Monday after manager Graham Westley enquired about Leesley’s availability on New Year’s Day.

With playing opportunities at Wetherby Road expected to be limited in the short term, he agreed to the move and the chance to join Stevenage’s relegation battle.

? | We can confirm @_11JL has joined @StevenageFC on loan until the end of the season

All the best Joe! pic.twitter.com/Yhw3HkGD7A

According to a club statement, Westley’s first signing of the 2020 January Transfer Window had been a long-term target for the Stevenage boss.

He said: “He came to my attention a couple of years ago when I was trying to sign a centre forward.

“I spent a long time looking at the lad in question and Joe came to my eyesight as a great creator and a great scorer of goals at Conference North and then at Conference level.

“I have kept my eye on him since. He has progressed and developed as a player and he is one that I think is worthy of an opportunity.

“We are a good club for giving people an opportunity and seeing them seize it with both hands and I see him being the next one in-line.”

He continued: “He is ready for the opportunity, he still has got ambition in front of him and he looks everything I expect him to be. I expect he will make a difference.”

If you’re ready for a football prediction for tomorrow, great odds and much more, look no further than 22bet.co.uk!