Posted on 16th May 2020 by admin in Chesterfield, Latest News, National League with 0 Comments 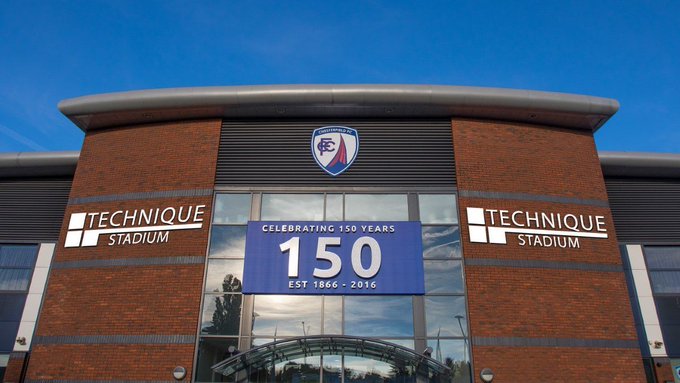 Chesterfield fans are getting used to calling their home the Technique Stadium after it was renamed on Friday night, live on YouTube!

The Spireites live streamed the unveiling of Technique Learning Solutions for fans in lockdown at 7pm after they snapped up the naming rights on a five-year deal from former stadium sponsors Proact.

The Wingerworth-based company, already the National League club’s front of shirt sponsors, follow in the footsteps of B2net and Proact as the third sponsors of the ground since it opened in 2010.

Founded in 2011 with seven centres covering the UK and a HQ in Chesterfield, Technique Learning Solutions is a leading training company, offering courses in electrical, air conditioning & refrigeration and programmable logic controllers.

Take a look at the video to launch the new name of our home – the Technique Stadium ? https://t.co/G8LxgUJ0f7 @Learntechnique pic.twitter.com/wLhUXkWRlC

Managing director Mark Crook said: “As soon as we were aware of the chance to secure the naming stadium rights, we were keen to seize it as it will provide us with further opportunities to raise our profile and make people aware of what we do.”

Chesterfield commercial manager Jim Brown said: “I would like to thank Technique Learning Solutions for their valuable ongoing support, which is very much appreciated. We were delighted to welcome them as shirt sponsors last year and it is very pleasing to see their name also attached to the stadium.

The Spireites, who are considering the introduction of a cashless system at the stadium next season, also thanked outing going sponsors Proact. “As we welcome new sponsors of the stadium name, I would like to take this opportunity to thank Proact for their valued support over the last decade,” added Brown.

Seating 10,500 and costing £13,000,000 when it as built, the stadium was also hosting Sheffield United U23s and Sheffield United WFC before all football was halted in March by the global pandemic as well as a numerous England U19 and U21 fixtures. Due to UEFA restrictions, when the ground hosts England youth matches it is known as Chesterfield FC Stadium.

Dunston-based B2net were held the naming rights when Derby County won 5-4 in a preseason friendly on 24 July 2010 to officially open the ground on the site of a former glassworks factory in Whittington Moor.

For more news like this make sure you get your copy of The Non-League Paper this weekend!