Woking boss Alan Dowson puts coronavirus behind him for charity! 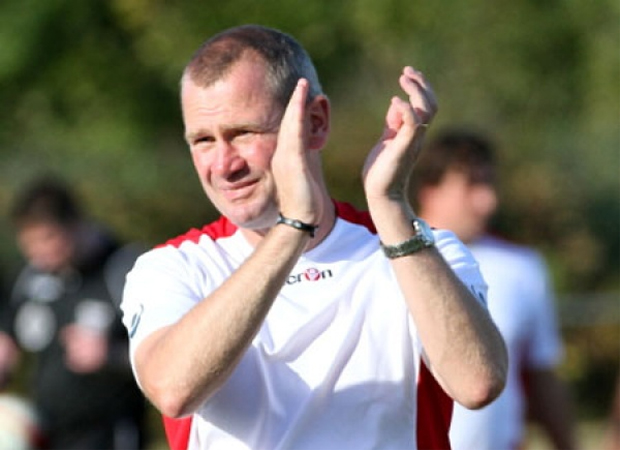 Woking boss Alan Dowson is keeping a promise to raise funds for a local club and two charities, only weeks after being struck down by the Coronavirus and fearing he was a ‘goner’!

The Cards boss, pictured, smashed through a £1,000 fundraising target for Surrey neighbours Goldsworth Park Rangers this week as he prepares to run 20 laps around a giant local lake.

Including gift aid, the total stood at £1,398.75 by Thursday night with half of the final haul set to be split between two other local children’s charities – the Halo Children’s Foundation and Shooting Star Children’s hospice.

The 49-year-old former Kingstonian and Hampton & Richmond Borough boss is upping his recovery after being rushed into hospital in April at the height of the public health crisis and being incapacitated for three weeks.

In April he contracted Coronavirus and feared for the worst.

Now @wokingfc manager Alan Dowson is running 20 laps of a giant lake to help out @GPRFC by raising £2,000 for the local side! ????

Fans of the National League manager aren’t surprised he is honouring his pledge to run around Goldsworth Park Lake – the former Millwall defender once played on for 20 minutes with a broken leg!

Comments on Twitter this week from supporters and organisations like the Surrey FA included ‘Absolute hero to Woking Football Club and the surrounding community’ and ‘Typical Dowse. He’s a good man’.

As well cutting short their campaign, Covid-19 forced the cancellation of an end of season tournament for more than 2,000 kids, a major fundraiser for Rangers that Dowson supported as a VIP guest for the last two seasons.

Instead, all of the kids are now in training for an upcoming penalty shoot-out challenge in their back gardens to raise money for the FA Charter Standard Development club and the two other charities. Click here for more information and to donate.