Ex-Blackburn midfielder David Dunn in the frame for Barrow job

Posted on 3rd July 2020 by admin in Latest News, National League with 0 Comments 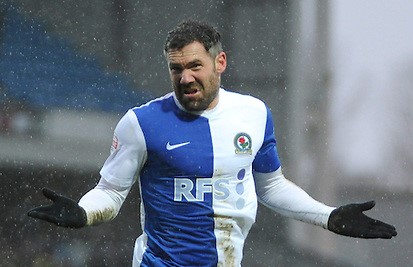 Dunn, currently first-team coach under Neil Critchley at Blackpool, was being heavily linked with the newly vacant post at Holker Street after Evatt left on Wednesday to take over at Bolton Wanderers.

Newly-crowned FotMob Manager of the Year Evatt quit the Bluebirds after two successful years in charge to take over at their new League Two rivals after the clubs finally agreed a compensation fee, reported locally as £225,000.

His number two Peter Atherton and first team analyst Lewis Duckmanton also left as part of the deal which had stalled over last weekend as officials at Holker Street stood form over the price of losing Evatt and his touchline team.

The agreement also includes a two-year embargo on Evatt approaching any Bluebirds under contract as the Cumbrians look to make a successful return to the EFL after a 48 year absence.

Dunn, 40, was appointed as manager of Oldham Athletic after hanging up his playing boots in 2015 and oversaw six games as Blackpool’s caretaker-manager in February following the dismissal of Simon Grayson.

Out-of-work Nigel Clough, Boreham Wood’s Luke Garrard and Hartlepool United’s Dave Challinor are among the other candidates being touted for the Barrow job on Friday.

Check out the betting sites in India on Topbetting as football returns to enjoy the best best odds, offers and tipsters before getting your copy of The Non-League Paper this weekend!