Home / Latest News / Ross Marshall will be strong for Stevenage, whatever league they’re in!

Ross Marshall will be strong for Stevenage, whatever league they’re in!

Posted on 11th July 2020 by admin in Latest News, National League with 0 Comments 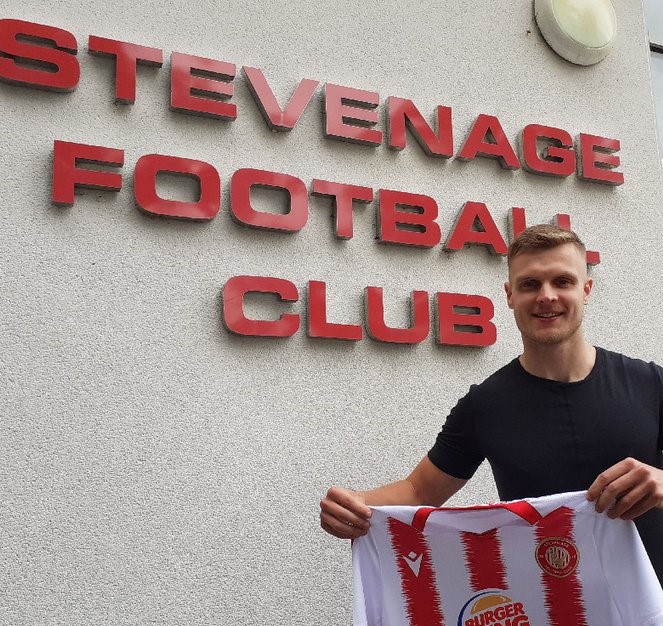 Highly-rated defender and midfielder Ross Marshall will be beefing up the Stevenage defence at Broadhall Way if they return to Non-League next season, writes Alex Thrower.

The League Two club completed the signing of versatile 20-year-old this weekend as manager Alex Revell continued to build a squad for what could be their first season in Non-League since 2009/2010.

A product of Ipswich Town’s academy, Marshall signed for Maidstone United in October 2019 following loan spells at Lowestoft Town in 2018 and Braintree Town in 2019 when Stones boss Hakan Hayrettin was in charge at Cressing Road.

The sought-after defender was reunited with Hayrettin in January 2019 when he switched to the Gallagher Stadium.

Absolutely buzzing?? Can’t wait to get started?? Hope to see you all at the Lamex soon?? The Boro??? https://t.co/o1i63c4kCz

Stevenge have not disclosed the length of his contract at the Lamex Stadium but boss Alex Revell told the club’s website: “He is a strong, combative defensive midfielder and someone that has real quality in his play,

“We want to show as a club that we have huge belief in young talent and we are delighted he chose to sign for us over several other clubs that wanted his signature.

“He has shown he is a strong character by leaving U23s football at Ipswich Town to go and play every week against men and test himself which I believe shows courage and desire.”

Marshall is the Hertfordshire club’s fourth summer signing after Elliot Osborne, Inih Effiong and Femi Akinwander also arrived at Broadhall Way. He was set to travel with Stevenage to play-off hopefuls Bath City today (Saturday) for a friendly. Whatever league Stevenage end up in you can hedge your bets on the new season with new NZ online casinos.

The Hertfordshire club finished the 2019-20 campaign bottom of League Two and a point adrift of Macclesfield Town.

They are set to be relegated to the National League, depending on the outcome of an English Football League appeal against sanctions imposed on Macclesfield in June, and providing the EFL receives assurances that the top tier of non-league football will go ahead in 2020-21.