Dover Athletic fear they could fold within weeks without new money

Posted on 3rd August 2020 by admin in Latest News, National League with 0 Comments 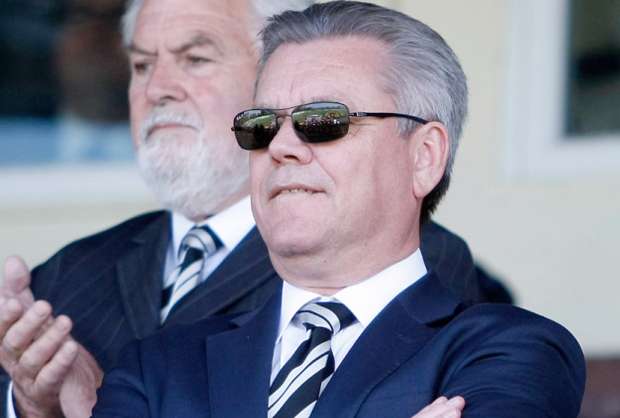 Dover Athletic chairman Jim Parmenter fears the National League club could fold by the end of August without fresh investment.

The Whites chief, pictured, issued the dire warning on Monday after the club’s contracted players refused to follow in the footsteps of their management staff and take a 20 per cent pay cut.

Manager Andy Hessenthaler’s 14 contracted have all been made available on free transfers as Parmenter and other officials at the Crabble try and cut costs.

Formed in 1983 following the dissolution of Dover FC, the Whites have not played since drawing 1-1 with Chesterfield on 14 March before the 2019/20 season was suspended and finally completed on Sunday when Harrogate Town beat Notts County in the National League’s promotion final at Wembley.

? Chairman Jim Parmenter has released a statement regarding the current situation of the club.
Read it here?
https://t.co/FWF5mA11fc

Parmenter also assured fans that full refunds of season tickets will be made “if the worst happens” in a statement revealing how close the Kent club is to folding.

“The board have been busy assessing the clubs financial position and immediate future due to the very difficult circumstances of the COVID 19 pandemic,” said the chairman.

“The club is still unsure of its income in the coming season but the board are clear income will greatly reduced.

“The club has 14 players under contract for next season and at a meeting last week the club’s position was explained in detail to the players and staff.

“At that meeting the players and staff were asked to accept a 20 percent short-term reduction in salary to assist the club in its efforts to stay solvent and keep the club alive bearing in mind the club will move from four to three days training.

FEARS FOR THE FUTURE: Dover could fold within weeks

“The management have accepted the proposal, however, unfortunately the players have not agreed.

“Therefore it is with great regret that I must announce that all of the squad are now available for free transfer as an initial immediate step.

“I must further inform supporters that if a solution or further investment cannot be found by the end of August it is likely that the directors will consider the club insolvent and as a consequence will be forced to cease trading.

“The directors are doing everything they can to keep the club afloat, but have reached an impasse and require the support of our playing squad.

“Season ticket purchases are fully protected and a full refund will be issued if the worse happens, so supporters can continue to purchase in confidence.”

OUT NOW: Sunday’s NLP is always available as a digital paper!