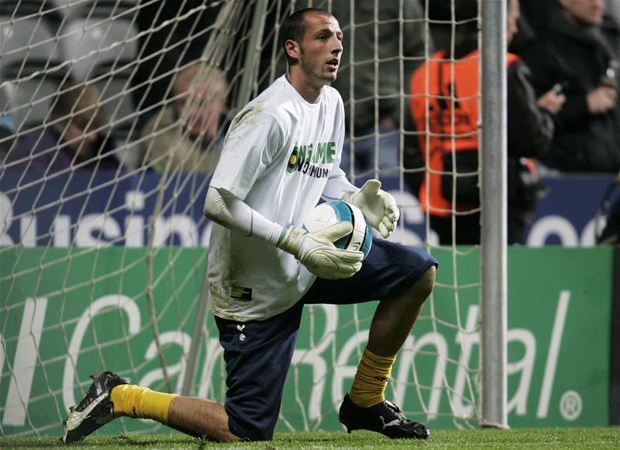 DARTFORD have signed goalkeeper Tommy Forecast on a one-month loan from Chelmsford City.

Forecast, 27, is infamous for being the man sent to Southampton as a makeweight by Tottenham Hotspur when they renegotiated the terms that took Gareth Bale to White Hart Lane.

That deal saw Spurs pay Saints £3m (on top of an initial £5m fee) and allow Forecast to head to Hampshire, while Southampton relinquished the 25% sell-on clause in Bale’s deal.

Forecast warming up during his Tottenham days

He’s now moved up a division to spend a month with the Darts and goes straight into their squad to face their Kent rivals Ebbsfleet United in The FA Cup on Saturday.