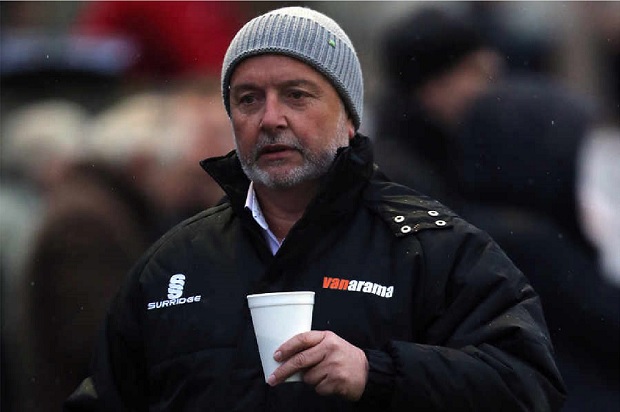 The Seadogs had been looking for a new manager since parting company with joint-bosses Bryan Hughes and Paul Foot just before Christmas.

And they have chosen Kittrick, who has vast experience at Steps 2 and 3 of Non-League, as the man to take them forward.

Kittrick spent six successful seasons at Guiseley and led them to promotion to the Conference North in 2009-10 before three successive play-off finishes at Step 2.

He left Nethermoor in September 2013 and was later made AFC Telford boss but he couldn’t stop the Bucks from slipping out of Non-League’s top division last term.

After a slow start to this season, he was sacked just five games in with Telford bottom of the National League North.

He takes over a Scarborough side who sit 18th in the Evo-Stik NPL Division One North after finishing sixth last season.

Kittrick, who will be assisted by Chris Bolder, said: “Scarborough are a big club with a lot of history, and at this moment in time it is not in the position in the league that it should be.

“I’m privileged to be asked to take the job, now we’ve got to get on with things starting on Saturday.

“We just need a win, however it comes and to get some points on the board. I’ve been to the last two games and the side needs a confidence boost and a bit of tweaking. I spoke to the players this evening (Tuesday) and want them to play without fear and enjoy their football when they play for Scarborough Athletic.

“I’ve been in with the fans at the last two games and there was no moaning and no berating, they are eager for the side to do well. They want to see a successful side and with a bit of confidence one that plays good football.

“My motto is ‘Together we are strong’, and it’s about everyone at the club pulling together. The most important thing in the short term is to win a few games and then you earn the right to play football. My primary aim for Saturday is to try and get a result and get the players believing in themselves and in each other.”