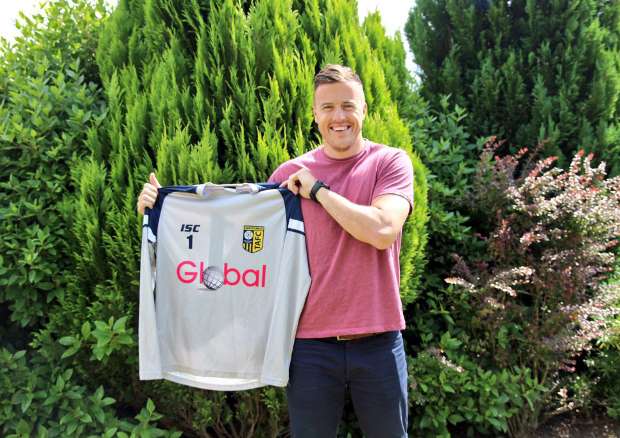 TADCASTER ALBION have secured a big signing ahead of their debut Evo-Stik NPL North campaign with the addition of experienced goalkeeper Michael Ingham.

The 36-year-old had spent the previous eight years at York City but rejected the offer of a new contract following the Minstermen’s relegation back into Non-League.

Ingham teamed up with Tadcaster owners i2i Sports as goalkeeping coach following his exit from Bootham Crescent and he has now agreed a deal with Albion.

He played in Tadcaster’s friendly against Bridlington Town on Saturday and put pen to paper shortly after to give the Brewers a boost before next Saturday’s big kick off.

Ingham has six caps for Northern Ireland and made over 250 appearances for York, helping them to promotion to League Two in 2012 through the Conference play-offs.

Ingham told the Harrogate Advertiser: “I am delighted to be joining Tadcaster. Billy (Miller, manager) and the boys have made me feel very welcome and I felt it was the right decision to return the welcome back.”

Miller added: “Michael is an outstanding keeper with a huge amount of Football League experience.

“His knowledge and experience will be extremely beneficial to the team. I am sure he will have a big impact on the club and become a fans’ favourite.”

Beestin had scored four goals in three games for Tadcaster’s development side and impressed Rovers boss Darren Ferguson during a pre-season trial.