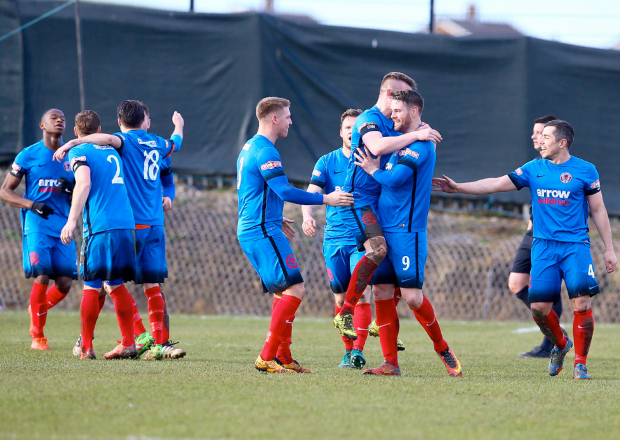 The 24-year-old passed away on the pitch at Brighouse on September 12 after an undetected heart condition meant he had no chance of being resuscitated following his collapse.

Shaw Lane had hoped to win promotion to honour Wilkinson and they were confirmed as league champions after Witton Albion’s points deduction was revealed.

Albion were punished for not correctly registering Tranmere Rovers loanne Tolani Omatola before he played in their game at Stocksbridge Park Steels, leaving them six points adrift with just one game left.

Boss Elliott was on the way home from their win at Kidsgrove Athletic on Easter Monday when he was informed that they were champions.

He told Non-League Yorkshire: “We obviously knew we had one hand on the cup after the game as it would have taken a miracle for Witton to win it. But we couldn’t celebrate.

“I was driving back with my family on the M62 when I was starting to get missed calls and texts. I spoke to Daz (Smith) and Reedy (John Reed) on the hands free and they both said ‘have you seen the news’? To which I said ‘no’.

“I didn’t want to be believe that it was true. It is certainly the most bizarre way I have ever won a league. It is just a shame that we couldn’t celebrate properly after the game.

“But it doesn’t matter now. The main thing is we have done it for Dan. He’s been in my mind for the last few weeks. We’ve done it for him.

“He’s been the players’ motivation. I got a text off his parents last night and it was very emotional. I’m just so proud of how we have overcome what happened and won it for him.”