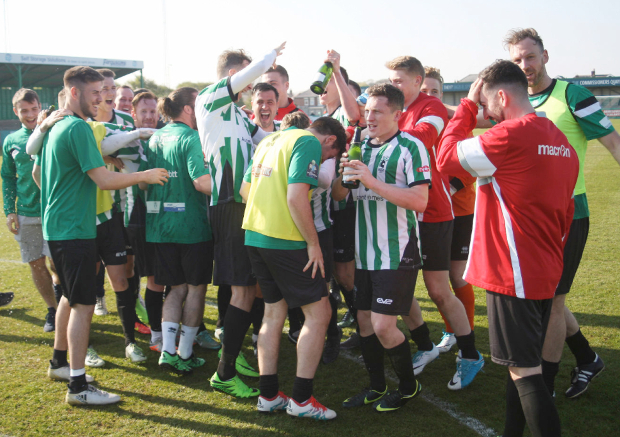 ALUN ARMSTRONG was on the way to confirm his role as Blyth Spartans’ assistant manager when his phone rang. It was boss Tom Wade and there had been a change of plan.

“They’d obviously signed my son Luke in the summer and I went to watch a couple of games,” Armstrong, who had been working at Middlesbrough’s academy, explains.

“Tom asked if I could do some coaching, but I couldn’t because I was working on the same nights at Middlesbrough. Then I got a phone call from Tom asking if I could come and be his assistant with a view to taking over at the end of the season.

“I said, ‘Let me have a think about it and speak to the family’. Speak to Luke more importantly, because you don’t want to upset the relationship between yourself and son by becoming his assistant manager.

“So I spoke to the family and said, ‘Right, I’ll give it a go. I’ll start as your assistant and you can bed us in for next year’. About 15 minutes before I got to the ground to meet Tom, the chairman and have a look around the club, Tom rings and says, ‘I’m with the chairman, I’m resigning and you’re taking over straightaway!’”

Wade, a staunch Spartans supporter as a boy and the man who had breathed new life into a struggling team, had decided he’d taken them as far as he could.

But, in Armstrong, he knew he had the right replacement. Even if it did mean dropping the job on him at a moment’s notice.

“It was a big shock,” Armstrong says of that September day. “I was in the car, I remember where I was on the A1, just coming off at the turning for Blyth when I got the phone call.

“I knew I was going to take over next season, but it changed so quickly. I thought, ‘Have I got myself into a pickle, or is it something I would enjoy doing?’

“To be honest, once you’re in that changing room and that environment of wanting to win games, the buzz comes back. That’s the big thing you miss in football from being a player. You need to try and recreate that.

“Managing or coaching a team that is playing for points and you need to win the game is the closest you can get.”

Armstrong, who also owns a coaching company, admits he previously had seen his coaching future with an U18 or U23 side like at Middlesbrough. 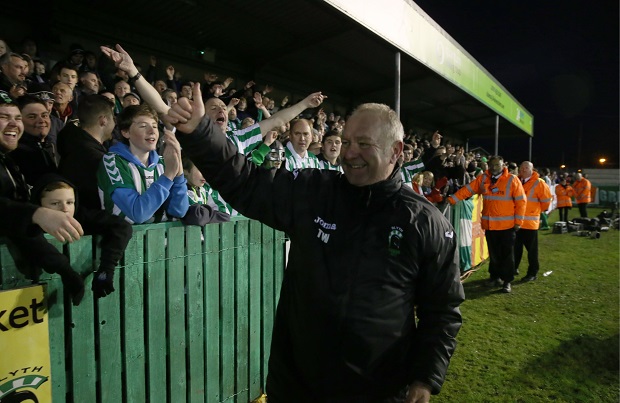 The 42-year-old phoned son Luke and his wife straightaway to explain the situation and ask for some advice.

Having had a successful professional career as a forward at Stockport County, Middlesbrough, Ipswich Town – where he famously scored against Inter Milan – and in a good job at Boro’s academy, he had to make a decision to jump into the fire pit.

How the Blyth Spartans fans will be glad he did. Last Saturday they were crowned Evo-Stik NPL Premier division champions – a season after they finished as runners-up on 99 points and missed out on promotion in the play-offs.

With goals flying in from Dan Maguire and Armstrong Jnr, their free-flowing attacking football led to a run of 12 wins in a row that effectively put them out of sight.

“It took a while for the team to play the way I wanted,” Armstrong says. “Once we got that, once the fans bought into that and went on that run, it was unbelievable.

“But the pressure builds. The more you win, the pressure gets high. That’s what I couldn’t understand. I thought it would have got easier! You put more pressure on yourself.”

On Wednesday morning chairman Tony Platten was at the ground fixing the plug sockets in the changing rooms. Back in August the 65-year-old was up a floodlight pylon changing a bulb.

Platten founded an electronic engineering company and sold it in a multi-million pound deal in 2013. He’s set up a community fund to get local youngsters into engineering and his Spartans love affair has been a long one having sponsored them since the late 80s.

But, 17 years on, he’s still getting his hands dirty. Around £700,000 has been invested into the ground and the club are on the up again, five years after relegation.

They’ve also transformed the social club so they can bring in revenue from functions, are planning a reserve team and thanks to the championship the town is buzzing again.

“There was a big party at the club and champagne bottles on the pitch,” Platten says. “All the pubs in Blyth on Saturday were buzzing.

“That’s what happens. The whole town comes alive when you win something. We’re also back on the band that runs across the bottom of the screen on Final Score!”

Armstrong has begun planning for next season in the National League North. He’ll be doing that without son Luke, 20, who has earned a move to Middlesbrough. 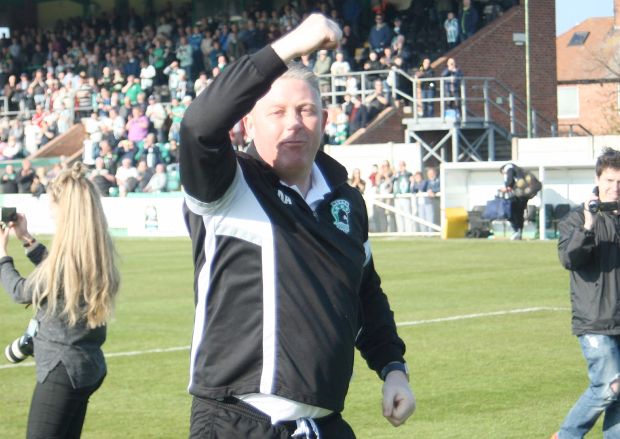 It’s a job he was only expecting to be starting this summer but, with the advice of a previous manager ringing in his ears, one title under the belt isn’t a bad start.

“I spoke to Dave Hodgson, my manager at Darlington,” says Armstrong, as well as leaning on guidance from former colleagues Dave Parnaby and Craig Liddle.

“He messaged me and said, ‘I thought you were too clever to be going into management’. I told him how it happened. He said, ‘Listen, whatever you do, look after your players’.

“We’ve done that this year. Not so much from a professional side, but these lads are working every day. Sometimes they can’t get to training.

“[Assistant] Daz Holloway and I found that the hardest thing to get our heads around because we were used to that professional environment.

“But that stuck in my head from Dave: Look after the players and they will perform for you. That’s the key.”