Shaw Lane boss Craig Elliott: Memories of our Dan will bond us forever 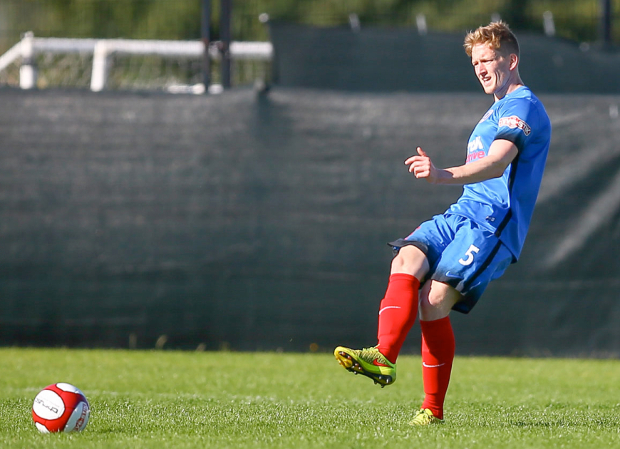 CRAIG ELLIOTT says the memory of Dan Wilkinson inspired Shaw Lane to Evo-Stik NPL Division One South title glory – and it will bond the squad together forever.

Tragedy struck the club in September when 24-year-old defender Wilkinson collapsed during their league cup game against Brighouse Town and died after serious complications with his heart.

They have since dedicated a stand at their ground in his name and retired the number five shirt he was wearing as the club united in grief.

The day after Wilkinson’s funeral, Elliott and his squad got together and vowed to do all they could to honour his memory.

And on Easter Monday they were crowned league champions after it was confirmed Witton Albion had been deducted three points for fielding an ineligible player.

“I’ve said to the players, ‘We’ll always remember this season’,” Elliott told The NLP. “Wherever we end up in our careers. With what happened to Dan, having to overcome that and the success we’ve had, the players deserve even more credit. It makes it all the more remarkable.

“I was with Dan until his final moments and it is something that will stay with me forever. He’s always been in my thoughts and I always think about him.

“Now we’ve achieved what we have, I’ve had texts from his family, and it’s emotional. I can remember the day after his funeral, we had a game against Stocksbridge. We said we would use it as motivation and do it for Dan.

“We never mentioned it all season until the final weeks. That’s why it’s emotional now that we’ve done it. His family will be at our game on Saturday. I’m just pleased we’ve been able to do it for his family in Dan’s memory.

“There are some really young lads in the team. For them to overcome that is superb. And for everybody at the club. It’s an amazing story.”

Elliott was on the M62 on the way home from Monday’s 2-0 win against Kidsgrove Athletic when word filtered through they were champions.

Witton, who had pushed the Ducks all the way, announced they wouldn’t be appealing the sanction for playing Tolani Omatola – on a youth loan from Tranmere Rovers – against Stocksbridge Park Steels in February.

Although re-registered correctly, the club didn’t obtain the required written acknowledgement from the FA and league.

In truth, Shaw Lane had one hand on the trophy anyway and last Wednesday night followed it up by lifting the Sheffield & Hallamshire Senior Cup.

Elliott also had special praise for chairman Craig Wood, who has invested to help the club to three promotions in five years and fire them up the Pyramid.

“He’s a fantastic chairman,” Elliott, 38, said. “He supports you and leaves us to it. I’d like to think I’ve repaid him.

“To do the double and continue this journey, it’s been amazing. I’m just pleased for everybody that we’ve had the season we’ve had. To only lose four games before winning the title, win a cup and have a good run in the FA Trophy, it’s been a terrific season.”