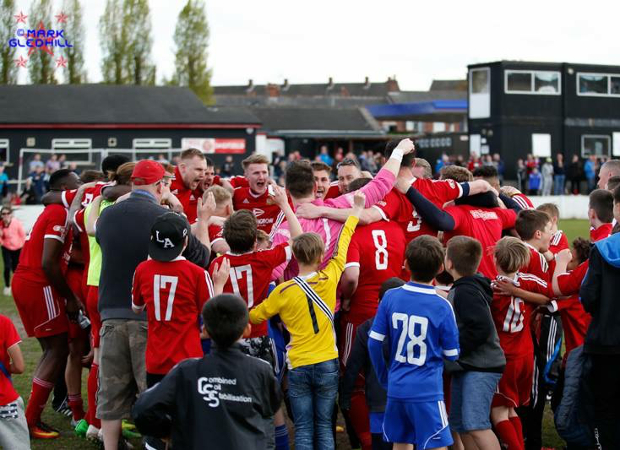 OSSETT TOWN are preparing to face Farsley Celtic in the Evo-Stik NPL Division One North play-off final on Saturday with the management team Grant Black and Steve Ridley well aware of the task in hand as both agree that despite their opponents’ second place finish they are the best side in the league this season.

Town secured a famous victory at Scarborough Athletic on Tuesday evening, the last competitive game the hosts will pay at Bridlington’s Queensgate ground head of a return to Scarborough this summer.

Pride was the overriding feeling Black had and despite been keen that his side get the credit they deserve for getting to this stage of the season he is keen that focus was quickly turned to the next game saying there is no time to dwell what has happened, everyone has enjoyed it but it is time to move on.

Jason Yates, two goal hero in the semi-final, said: “The game against Farsley is going to be a belter, yes we’ve beaten them but this is a final and what has gone before will have no bearing on this game. As long as we perform as I know we can I am confident of a good result.”

That belief is echoed by Danny Frost who says Ossett Town go to Throstle Nest with no pressure.

“The lads are flying, team spirit is unreal and no one expected us to be in the play-offs, let alone the final,” he said. “We will go there and give it everything.”

Farsley Celtic had the Indian sign over Ossett Town for a number of years, going unbeaten from 2002 until this season where Town secured a 3-2 home victory on Boxing Day before ruining Farsley’s title aspirations with a 2-0 victory on Easter Monday.

Ossett Town supporters, known as the Backslappers, will be making the journey in large numbers, something that has not been lost on the players in recent weeks.

“The Backslappers’ support is just amazing and seems to be getting better every game,” he said. ‘The lads and I are truly grateful and we just hope we can give them something back at the end of one more 90 minutes.”

The final word is left to Town chairman James Rogers.

“This coming Saturday as we travel to Farsley Celtic, we need to approach it just like we did Tuesday night’s game. Focus on what we do best and plan to go to Farsley and cause another upset.”