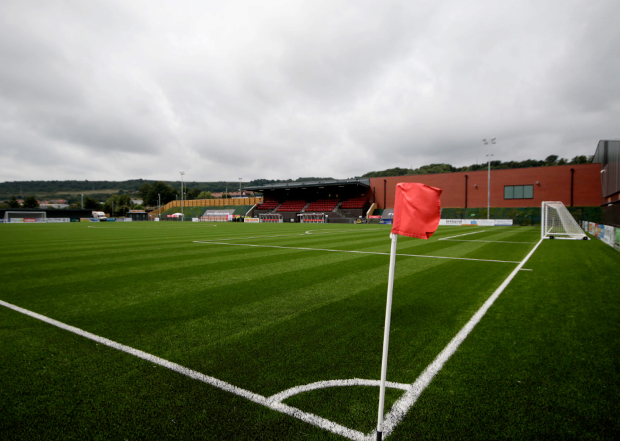 THOUSANDS turned up, many more would have come if there was the space and a party was held in Scarborough the like not seen since Chelsea rolled up in the FA Cup back in 2004.

But there was one person missing. That fact sits in the throat of boss Steve Kittrick.

“Dave Holland should have been here, it was his moment,” said the Seadogs boss, the club still mourning the loss of their chairman back in February.

He suffered a short illness privately, and couldn’t see his grand scheme through. But Holland would have known his job at Scarborough Athletic had been done. Against a backdrop of sadness perhaps, but a promise had been delivered.

“It was his energy that took the club home, back in the town after ten years away,” friend Kittrick said. “He was the figurehead and it’s hard for me, and lots of others at the club, to take that he wasn’t there to see what all his hard work meant to the people of Scarborough.

“He was the nicest man you could wish to meet. Dave being there was the only thing missing but it’s his legacy. He promised to take the club home and he did just that. It was a proud day for everyone.”

The ground, with a 3G pitch that will benefit not only the club but the community, is a fitting tribute to the chairman.

They may have lost 4-1 to an energetic Sheffield United side, but last weekend was not about the result. Days later, it was.

The club’s players did him proud on Tuesday, securing the inaugural Dave Holland Trophy with a 3-2 win over Bridlington. The silverware was handed over by the late chairman’s partner, Wendy Danby.

“That win was so important to everyone and I don’t need to tell you why,” said Kittrick, the former AFC Telford and Guiseley manager.

“I’ve always said that he did his bit by getting us here, now I want to do mine by putting out a team Scarborough can be proud of. We’re happy with the squad at the moment but we all know what a difficult league the Evo-Stik NPL North is, and with the new clubs joining it, it’s got that bit harder.

“The ambition is to win promotion, but a fair number of clubs are spending more than what we are so it means it’s going to be a challenge.”

“The new facility will be great for the club, but we need to learn quickly how to utilise the 3G,” Kittrick added.

“It was a special feeling on Saturday walking into the new ground and seeing so many people. Everyone was happy and it was emotional.

“But what stuck with me most was actually something I heard hours after the game had finished.

“In the town in the evening, the bars, pubs and restaurants were full of football fans, and they were wearing Scarborough shirts.

“I know how proud Dave would have been to have seen that.”