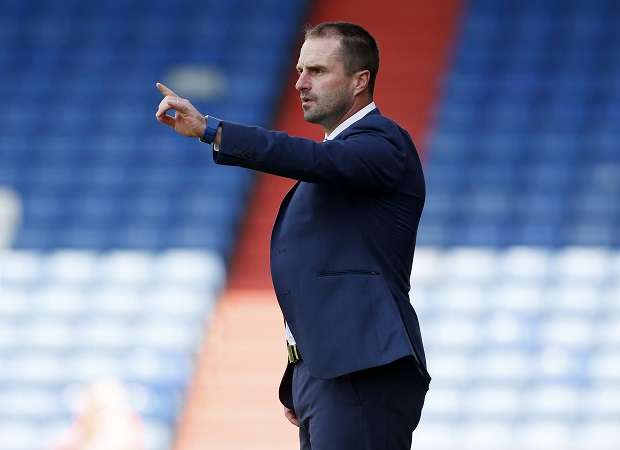 New Scarborough Athletic boss Darren Kelly has warned his Seadogs to shape up or ship out after vowing to turn the BetVictor Northern Premier League club’s home into a fortress.

The former Carlisle United, York City and Derry City defender has told the Seadogs they are starting with a clean slate but can leave with his blessing if they don’t buy into his vision.

Kelly, who stood down as Hyde United’s director of football last Thursday, was unveiled as the successor to John Deacey on Monday night, hours after the departure of his predecessor by mutual consent.

The 40-year-old former Radcliffe and Tigers boss played for the Seadogs between 2013 and 2015 before kicking off managerial career with Oldham Athletic, main picture.

Kelly, who’ll be at the helm for the first time when Whitby Town arrive at the Flamingo Land Stadium on Saturday, was introduced to fans in a club statement.

“Firstly, I would like to thank the Scarborough Athletic board for this amazing opportunity but obviously it is sad that a manager has lost his job,” said Kelly.

“For me, all you have to do is look at the history of football in Scarborough to see how big a job this is. I played for Scarborough during their time at Bridlington and I got a taste of the passion that the fans have for the club.

“I love the challenge of being able to build something very successful. It will take time to implement how I work but I believe that we can create something big.

“If we can get a few hundred back onto the gate and fans continue to come to watch, then in the next few years I don’t see why we can’t be pushing to be in the National League.

“I want the Scarborough to become a fortress. When I came here before as a manager I never really felt that.

“I want opposition players to be worried when they come to Scarborough because they’ll know they are up against a well organised, fit team and a hostile crowd that backs the team 100 percent.

“There will be an audit process and a clean slate. There needs to be a change of mindset from day dot. The lads need to think differently and start enjoying their football again.”

He added: “Maybe the lads have had their confidence knocked, it is down to me to challenge that and get them playing to their full potential. At the same time, I only want players and staff at the club that wear the Scarborough Athletic badge with pride.

“They have to be 100 per cent behind the club, 99 percent is not good enough. Anyone that isn’t can shake my hand and leave with my blessing.”

“Obviously he wasn’t our best friend when he knocked us out of the FA Cup with Hyde a couple of years ago, but that is when he first came to our attention.

“He is a young, ambitious manager that shares our belief that we can move this club forward in a positive way.

“Sometimes things all fall in to place and we decided that it was time for a change in manager. That coincided with Darren departing Hyde United.

“We made contact and arranged to meet him. We’d recently gone through a recruitment process where we had 50 applicants. At this stage of the season we needed to move quickly.”