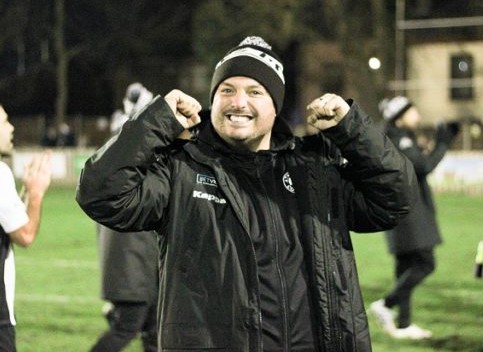 Atherton Collieries are looking for a new manager after Michael Clegg stood down after nearly five years at the helm to fill the vacant hot-seat at BetVictor Northern Premier League rivals Ashton United.

Clegg, who masterminded three promotions from the North West Counties Football League’s Division One to the NPL’s top flight for the first time in Atherton’s history, was unveiled by the Robins on Thursday.

As the successor to Jody Banim following his departure from Hurst Cross on Tuesday, Clegg, pictured, inherits a Robins side fifth from bottom.

According to a club statement, Clegg will take charge for the first time next weekend at promotion-chasing Basford United after taking training from next week.

Ashton United are delighted to announce the appointment of Michael Clegg as the new manager of Ashton United FC ?????https://t.co/pxGgvIO4pJ pic.twitter.com/w1MFJO2L1M

“The board at Ashton United is pleased to announce the appointment of Michael Clegg as first-team manager,” said the Robins.

“He will take training from next week and his first match in charge will be away against Basford United.”

Joint Ashton United chairmen David and Jonathan Burke added: “Despite broad interest in our vacancy from a number of outstanding individuals Michael fits the ethos and ambition of our club perfectly.

“We look forward to him taking the reins and introducing new impetus to the club as we look to quickly climb the league. Welcome to Hurst Cross Michael.”

They added: ““Ashton United would like to thank and acknowledge the support of Atherton Collieries FC who, despite losing their very successful and ambitious manager, have not presented any barriers to Michael moving across greater Manchester. We wish them well for the future.”

It is with great sadness that Atherton Collieries can confirm the departure of manager Micheal Clegg and his staff.

Atherton, sitting two points and place below Ashton, paid tribute to Clegg in their own statement appealing for potential successors to come forward.

The Colls said: “It is with great sadness that Atherton Collieries can confirm the departure of manager Micheal Clegg and his staff.

“Taking charge in 2014, three promotions in five years saw the club rise from the North West Counties Division One to the Northern Premier League for the first time in its history.

“We’d like to put on record our thanks to Micheal for the most successful period in the club’s history, the club will forever grateful for the memories created during his tenure.

“We are accepting applications for the role of Manager, please contact chairman Paul Gregory on 07811 341673 in the first instance, the deadline for applications is 7pm on Saturday 30th November.”

The statement added: “The club will be making no further comment at this time.”