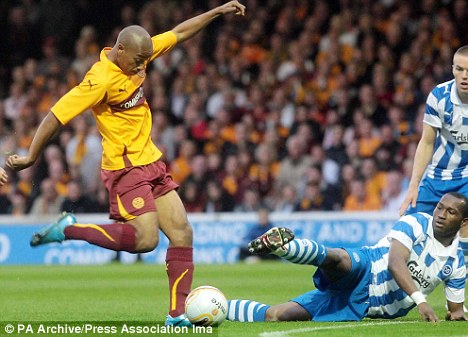 Kendal Town have named former Jamaica international Chris Humphrey as their second manager of the summer following the brief return of Gary Fawcett.

A former U23s manager at the NPL North West Division club, Fawcett stepped up to guide the Cumbrians to safety as caretaker boss four years ago following the departure of Michael Stringfellow from Parkside Road.

Humphrey, 32, earned 12 caps with Jamaica and played in the Champions League for Motherwell after kicking off career in the youth systems at Walsall and West Bromwich Albion.

The Kendal Town post will be Humphrey’s second hot-seat after managing Gretna 2008 in the Scottish Lowland League before being sacked in 2019.

He has his work cut out as the club were second bottom of the NPL’s North West Division under former boss when the season was suspended and subsequently abandoned.

Make sure you get your copy of The Non-League Paper from last weekend for the latest news as Non-League comes out of lockdown and the results of our ‘return to football’ survey in partnership with the Football Supporters Association!