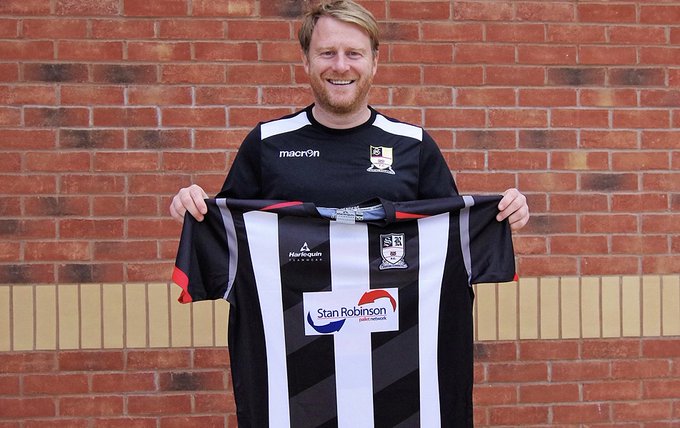 Striker Mitch Candlin, wing-back Joe Kenton and versatile front-man Tom Carr signed for the NPL Premier Division’s Boro on Monday having trained with Jody Banim’s side over the weekend.

Candlin, 20, was a professional with Walsall and Stafford have done well to fend off other interested parties to bring the goal scorer – who has also had spells with Blackburn U23s and Nuneaton – to Marston Road.

Kenton, a promising left-sided player, had been with Welsh side Newtown since January 2017. The 22-year-old will add to Banim’s attacking options, having scored eight goals over the course of the past two seasons for Cymru Premier side.

To brighten up your Monday, we have some brand new signings! Welcome to the boro! https://t.co/CugIUEHNhD pic.twitter.com/FXwTbvPC0w

The youngest of the trio to journey to Staffordshire is forward Carr, who at 18 has moved up two divisions from Wythenshawe Amateurs.

Having finished bottom of the Northern Premier League last season, Banim will be wanting all three new boys to help Rangers going forward. When the league was ended in March, the club had managed just 29 goals in 33 matches.

Former Ashton United boss Banim, 42, was unveiled in May as the successor to Andy Fearn and Alex Meechan after they stepped down in April following the cancellation of the coronavirus-blighted 2019/20 season.