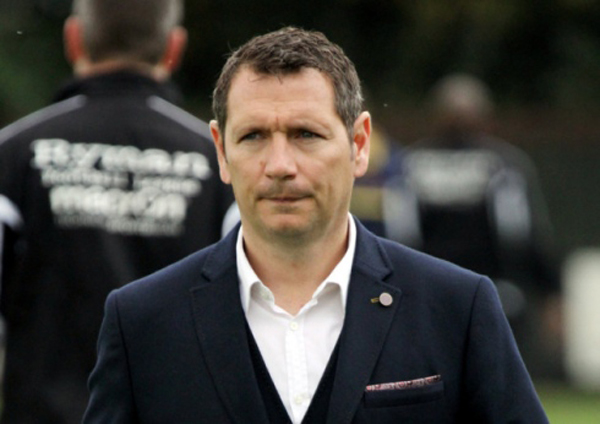 DAVID BATCH has resigned as manager of Evo-Stik League Southern Premier side St Neots Town after just over a year in the job.

Batch left Ryman North side AFC Sudbury to take the reins at St Neots in December 2014, replacing Gary King who had stepped down.

The Saints finished last season in fifth and made it to the play-off final before succumbing to a 1-0 defeat against Truro City.

The club has endured a tougher campaign this time around and currently sit in 18th position, 11 points from the play-off places.

With the chances of a top five finish looking slim, and with Batch set to step down at the end of season regardless, the boss has decided to walk away now.

He said: “It was my intention, even if we went one step further than last year and gained promotion to the National League, to retire from football at the end of this season to enable me to enjoy more family time with my wife and four young kids, as well as maximising the increasing international opportunities which my business has.

“Our new chairman (Lee Kearns) has told me that he wants me to drive the club forward alongside him, but with the play-offs for St Neots now looking very unlikely this season due to the unprecedented injury crisis we have suffered since pre-season, as well as a requirement for me to travel to China more regularly, I think it’s right for me to move that decision forward to allow a new manager a head start for next season.”

Chairman Kearns added: “The club would like to go on record and thank David and his management team for all the hard work that they have put into the club over the last 12 months.

“Our intentions are for myself and Iain to work with a new management team that will be appointed until the end of the season at which time we will undertake a full review of the first team, its structure and how we would like to take this part of the football club forwards.”

Director of football Iain Parr will take charge of Saturday’s game against Chippenham Town with the club hoping to appoint a new interim management team in the next couple of days.