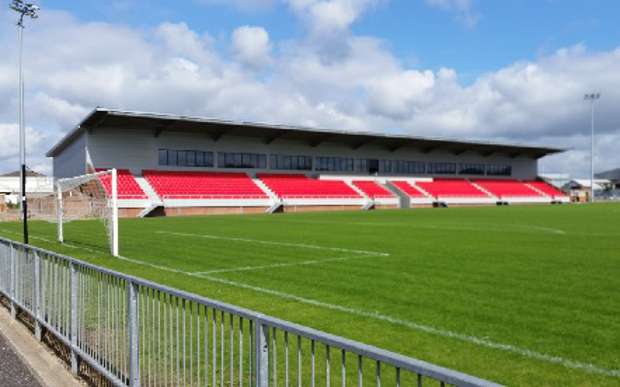 HAYES & YEADING UNITED are returning home following five years in exile after getting the green light to open their new Beaconsfield Road Stadium.

Hayes have been without their own home since selling Church Road in 2011 and have since groundshared with Woking and Maidenhead United.

The club’s future was put in danger due to the costs of sharing at Maidenhead but United secured £300,000 worth of funding earlier this year that allowed their new home – which had been delayed – to be finished.

Turnstiles were installed recently and the floodlights were switched on for the first time this month as Hayes worked to get their new ground ready for the Evo-Stik League Southern Premier season.

The club’s hard work has paid off with United given permission to host their friendly against Hendon on Friday night at Beaconsfield Road.

A club statement read: “Whilst there still remains a lot of work to do at the ground, Hayes & Yeading United are delighted to announce that permission has been granted by the local authority to play our friendly against Hendon on Friday at the SKYex Community Stadium, kick-off 19:30.

“It has been such a long time since we left the Borough but we are finally coming home and massive credit for this must go to chairman Tony O’Driscoll and his fellow directors.”