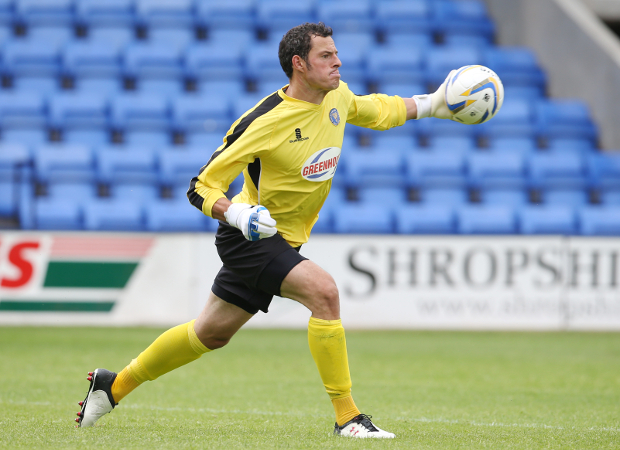 DORCHESTER TOWN have pulled off a coup by enticing experienced goalkeeper Chris Weale back into Non-League.

The 35-year-old, who has made 83 appearances in the Championship, was a free agent and has agreed to drop into the Evo-Stik League Southern Premier next season.

Weale is no stranger to Non-League football having come through the Yeovil Town academy when the club were in the Conference.

He became an ever present for the Glovers, helping them to promotion into the Football League before they went up again into League One.

After six seasons with Yeovil, Weale moved on to Bristol City, getting his first taste of Championship action. However, he made just nine appearances in three seasons and subsequently signed for Leicester City.

Weale played 75 times for the Foxes over three Championship campaigns before dropping a division to sign for Shrewsbury Town where he was number one for two seasons.

A return to Yeovil followed in 2014 but he departed again two years later after struggling for game time at Huish Park.

The veteran stopper had a brief five-month spell at Derby County last season but was signed as backup and failed to make an appearance for the Rams.

Now Weale will be hoping to play a big part once again, helping Dorchester climb the table after a disappointing 18th-place finish in the Southern Premier last term.