Home / Latest News / Southern Leagues / Terry Brown Big Interview: Dragons crusade is not an act of loyalty, I’m lucky to be in a job…

Terry Brown Big Interview: Dragons crusade is not an act of loyalty, I’m lucky to be in a job… 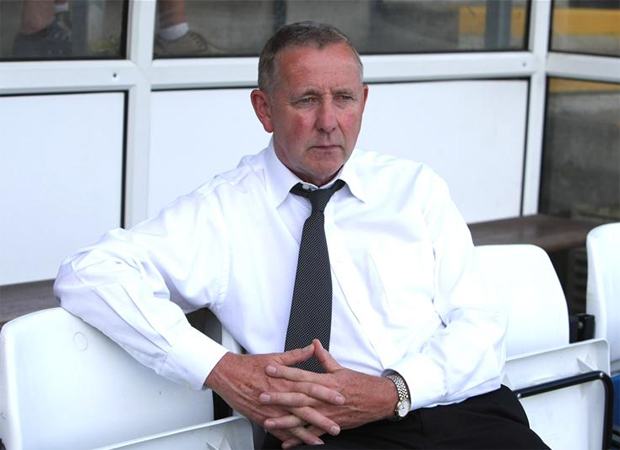 TERRY BROWN is one of Non-League football’s faithful few. Nine years at hometown club Hayes followed by five glorious years apiece at Aldershot Town and AFC Wimbledon. It earned the wily campaigner the title of Non-League’s go-to man, the model of stability.

At the age of 64, nothing has changed. While other managers at his time of life might be enjoying a well-earned pint in his local clubhouse on a Saturday afternoon or casting an eye over a potential new signing to repay a favour, Brown is still as hands-on as ever. And then some.

Indeed, aside from preparing an Evo-Stik South Premier play-off push with a full-time group of young graduates, Brown’s role has taken an unexpected twist off the field, that of saving the good ship Basingstoke Town from sinking amid months of legal wrangle and uncertainty sparked by controversial chairman Rafi Razzak.

Why, you may ask? Does a man of his time of life and proud reputation really need the hassle of a legal boardroom battle at a Step 3 club? You’d think not, but loyalty is not the sole reason Brown is going beyond the call of duty – he’s just lucky to be in a job at all given the ‘farcical’ treatment of young managers in this day and age.

“I do see myself as very lucky,” the Hillingdon-born boss reflected. “I’ve served 19 years as manager of three fantastic clubs in Hayes, Aldershot and AFC Wimbledon, there aren’t many managers that are able to do that now.

“These days, first time managers are expected to instantly go into an under-performing club and be immediately successful, winning games and promotions, it’s farcical. Whether they have a high-end budget or a tiny one they are expected to win the thing! Let’s get a bit of realism here.

“I’m lucky to have been afforded the time to build football sides that I am proud of and at Basingstoke it’s the same. We’ve pushed some very young players through into senior football and towards the latter end of last season we played some lovely stuff, winning games. I’m privileged to be able to do that.”

On taking over the reins at the Camrose in March 2016, Brown could be forgiven for such optimism. Despite failing to save the club from relegation after a season to forget in National League South, Brown was about to take charge of a full-time outfit again with the Dragons announcing ambitious plans to invest in a squad of young scholars from the best players released by Football League clubs.

But just as the fruits of the club’s labour were beginning to pay dividends on the field, disaster struck when long-serving chairman Razzak announced he was to stand down at the end of the season and withdraw his financial support of the club.

Following a subsequent strategic review, Town’s future at the Camrose after a 70-year stay was placed under serious threat with Razzak – a majority owner of the ground – applying to Basingstoke & Deane Council for planning permission to build houses on the existing site.

This prompted Brown to join forces with the Supporters Club and at a Fans’ Forum on Tuesday, a community-owned club was born, thus refuelling the gruelling search for a new home in the town. 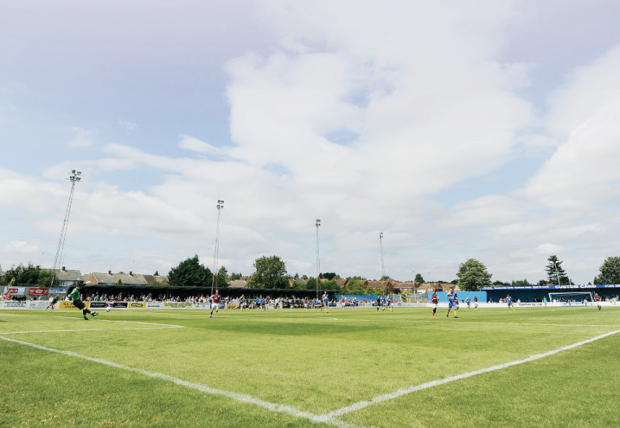 “It’s a big challenge,” Brown continued. “This town is easily big enough to house a top-level club, especially now with community ownership. It allows the club to determine its own future and help re-build itself as a hub of the community and give the young people of the town somewhere to associate themselves with, either as supporters or potential players.

“Rafi has had a few disputes with the council in the past but hopefully, as a community-based club, we can enjoy a closer relationship. Groundshares can’t be ruled out at this stagebut there’s a massive difference between moving out short-term and building a stadium for the future and just moving out without any plans in place. As a club, we have to be transparent.”

While negotiations continue in the boardroom, Brown’s focus on the pitch remains fixed on helping his young side improve on their 12th place in last season’s Southern Premier campaign – although he knows it won’t happen overnight.

“We’ve got some momentum from the way we finished last season and we’ll be looking to improve on that,” he added. “We’ll know more about our budget closer to the season’s start but as it stands it’s about £1,500, 15 players on £100 a week, so we’re not going to be setting the world alight by any means.

“Normally, I would be looking to add three or four experienced players to that mix, but not this year, I’m looking for up to eight or nine youngsters to buy into what we are trying to do here and embrace the opportunity to play full-time at a very good level of senior football under top coaches and in excellent facilities.”

Basingstoke Town’s Latin logo ‘Vestigia Nulla Retrorsum’ means ‘No stepping back’ – Terry Brown will have it no other way.