Posted on 6th December 2019 by admin in Latest News, Southern Leagues with 0 Comments 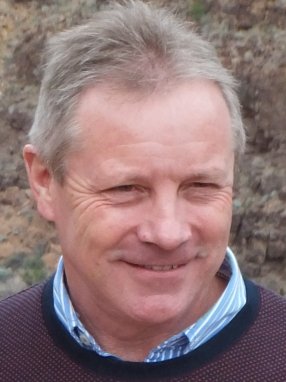 BetVictor Southern League Kempston Rovers have been rocked by the death of their chairman Russell Shreeves ahead of hosting Aylesbury United on Saturday.

The Walnut Boys are mourning the passing of their former player and player-manager, pictured, after he lost his battle against a long illness on Thursday.

“Deeply saddened” officials at the Southern Division One Central club’s Hillgrounds Leisure home announced the news on Friday in a statement on their website and official Twitter account.

“Russell first became involved with Kempston when he signed as a player in 1977 having previously played for Bedford Town. He went on to make just shy of three hundred appearances for the Walnut Boys over two spells, including briefly as player manager in the mid-nineties.

“Having hung up his boots, Russell found his way into the board room at Hillgrounds in 1999 as vice-chairman of the club, an office that he held for a solitary season before becoming outright chair in 2000.

“He presided over the most successful period of Kempston Rovers history with the team collecting four cup wins, three promotions and two league titles in his twenty year stretch as chairman.

“Despite Russell’s deteriorating health due to illness, he was always keen to see his beloved Kempston play and attended matches until he was too unwell to do so.

“He will be deeply missed by all at Kempston Rovers and the club would like to pass its sincerest condolences to Sharon, Hannah, Rob and Russell’s close family and friends at this very sad time.”

Managed by Tony Joyce, the Bedfordshire club are currently fourth from bottom ahead of hosting promotion-chasing and fourth-placed Aylesbury United.