Posted on 28th May 2020 by admin in Latest News, Southern Leagues with 0 Comments 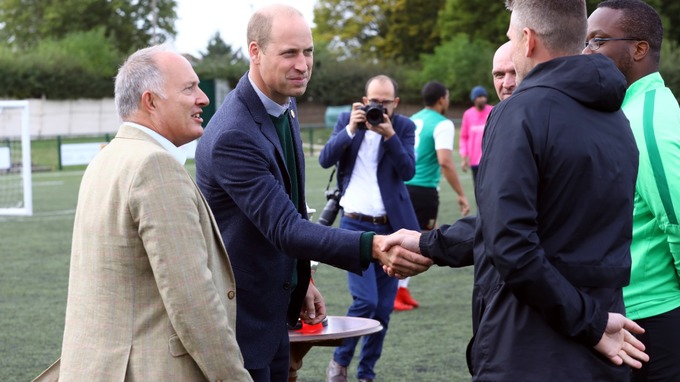 Proud fans, players and officials from Hendon will see the work they’re doing to combat mental health in the national spotlight tonight on prime time television.

The Southern League’s Greens are hitting the nation’s screens from 8.05pm when ‘Football, Prince William and Our Mental Health’ airs on BBC1.

The Greens – who received a royal thumbs up for their work with the Brent Early Intervention Service since 2017 to provide training facilities for people facing mental health challenges – took to Twitter to remind supporters to tune in.

Tomorrow at 8:05pm on BBC1 – Football, Prince William and Our Mental Health.

The Prince’s visit to @JubileeSilver will form some part of the documentary – how big a part, we don’t know ?

Please tune in if you can. It’s a subject which is at the forefront of everything we do ? https://t.co/RMmp3Rg3ux

A statement on the club’s website added: “The documentary follows Prince William on his journey to bring mental health to the forefront of conversations in and around football and, as part of which, he visited to SJP back in September to learn about the community schemes at Hendon.

“Those of you that have seen the trailer on BBC TV over the past 10 days or so will have seen SJP featured. We don’t know how heavily his visit will feature but we hope people will tune in and enjoy the programme on what is an emotive subject and one that is at the heart of everything we do at Hendon Football Club.”

The visit was organised to promote the Football Association’s Heads Up campaign, the joint initiative by the FA and charity Heads Together to raise awareness and encourage conversations around mental health and particularly among men.

Thursday night’s documentary also features stars like Joe Hart and Frank Lampard and offers a sobering and candid insight into mental health and the work being done in football to help people look after their mental fitness as well as their physical fitness.