Posted on 1st June 2020 by admin in Latest News, Southern Leagues with 0 Comments 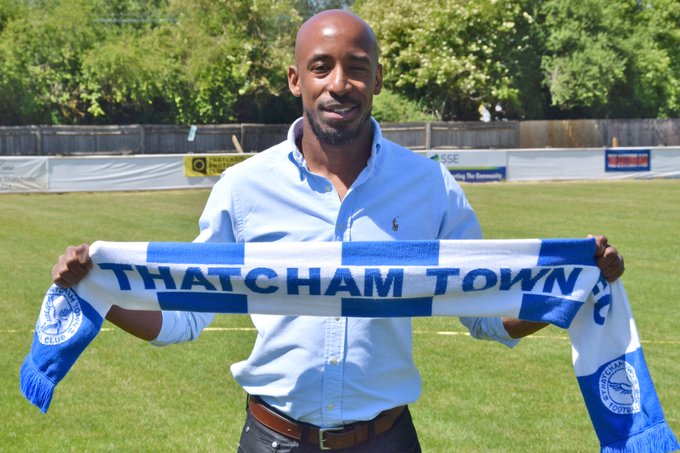 Thatcham Town are looking forward to having Jamie Leacock at the helm after the former Kingfisher defender returned as manager.

The ex-club captain was unveiled as the successor to Danny Robinson at Waterside Park on Saturday, a month after his predecessor left the Southern League club after five-years in charge.

A former Crystal Palace youth player, who also turned out for a host of clubs including AFC Newbury, Burnham, Kingstonian, Hungerford and Thatcham, Leacock has brought back former Kingfishers Ashwa Romeo and Shaun Allaway to join his touchline team.

Welcome @jleacock365! Here’s our first interview with the new Kingfisher’s manager where he speaks on his Thatcham past, where he’s been since and his coaching philosophies! | https://t.co/MWQNgicEkj via @YouTube

A statement from the Southern League Division One South club read: “Thatcham Town FC are delighted to announce that Jamie Leacock has been appointed as the club’s new manager. Jamie’s backroom staff will include Yashwa Romeo as assistant manager and Shaun Allaway as coach.

Kingfishers chairman Dave Melin added: “We were very impressed with his desire and motivation which showed throughout the whole interview process. Jamie also presented to us his observations and recommendations not only around the club but also around Non-League football in general.”

“Whilst we had some very strong candidates for the role, Jamie demonstrated the knowledge and skills he has acquired over the past six years which we believe will be invaluable to the club moving forwards and we look forward to a long and successful relationship with the club.”