Posted on 12th June 2020 by admin in Latest News, Southern Leagues with 0 Comments 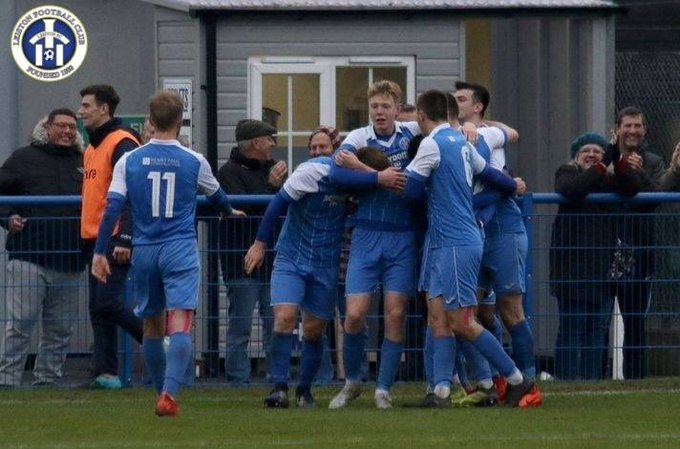 Southern League Leiston are full members of the Football Association once again, forty years after losing their coveted status.

The Blues are celebrating regaining the Full Member status they lost in the 1980s after working their way back over the last three years as an Associate Member.

As the only other Full Member club from Suffolk alongside Ipswich Town, AFC Sudbury and Lowestoft Town FC, they’ll now be able to participate at general meetings of the governing body and vote on proposed changes to FA rules, regulations and articles.

Being a Full Member also entitles officials at the Southern League Premier Central club’s Victory Road to purchase a limited amount of tickets for big FA organised matches like the FA Cup Final.

Blues regain full membership of the FA after 40 yearhttps://t.co/THNL2iZq0G pic.twitter.com/nfU6tb85Fg

Current Leiston vice-chairman Barry Spall was chairman when their status lapsed and kick-started the successful campaign to regain it with the help of long-serving Blues official Peter Douglass.

Spall said: “Leiston were Full Members along with Ipswich Town and Lowestoft Town when I joined Leiston 60 years ago as a 16-year-old.

“So you can imagine I was bitterly disappointed when we lost our Full Membership around 1979-80, especially as I was chairman of the club at the time.

“When I mentioned about regaining Full Membership several years ago, only Peter Mayhew of the current committee knew that we had been Full Members and what it involved such as voting rights and access to FA Cup Final tickets.

“When England won the World Cup in 1966 Leiston were one of only about 150 clubs across the country to be presented with a small replica of the trophy.

Some great news for @leistonfc – they have regained their Full Membership of the @FA after a 40-year lapse…https://t.co/XFjHXVtHmS pic.twitter.com/gjkoe2MIgs

“I said I would write a letter on behalf of Leiston FC to see if the club could regain Full Membership, and Suffolk FA delegate Bruce Badcock has since done a lot of work on our behalf.

“When Bruce rang me to tell me that Full Membership had been granted I was absolutely over the moon – I have never been so chuffed in all my life!”

Blues chairman Andy Crisp, who took over from Barry Spall, said: “It is nice to have the kudos as a club of being a Full Member just like the old Leiston used to have previously.”